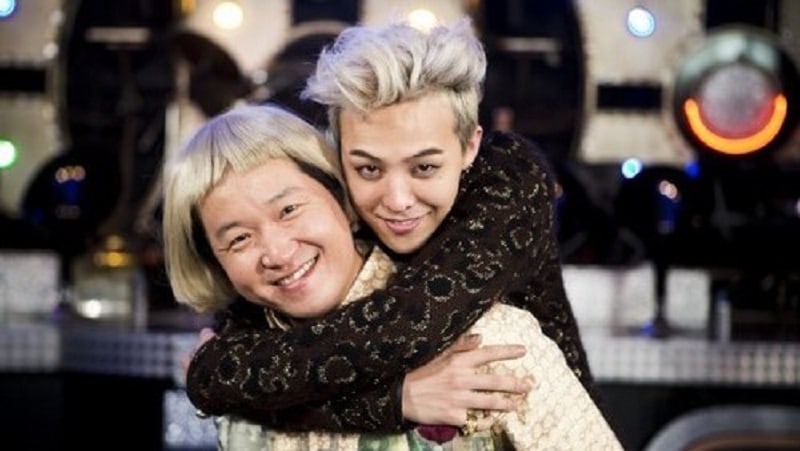 The 7th Weekly Awards were held on the December 27 episode of MBC Every1’s “Weekly Idol.” On this particular episode, emcees Defconn and Jung Hyung Don dressed up in suits and filmed outside for the first time in awhile. The emcees brought laughs as they claimed the cold weather made their lips freeze.

One of the awards included in the award show was the 2017 King General Best Moment Award. Jung Hyung Don commented, “It may seem grandiose, but it’s honestly just an award for the most memorable scene.”

BIGBANG, Shinhwa, Highlight, TWICE, and GOT7 were listed as the nominees, but the award ultimately went to BIGBANG. The two emcees went directly to YG Entertainment to present the award, but BIGBANG was notably absent.

Defconn asked his fellow emcee, “Aren’t you guys close? Why don’t you know [his number]?” Jung Hyung Don explained, “I lost [G-Dragon’s number] when I changed my number,” causing the rest of the staff to laugh. 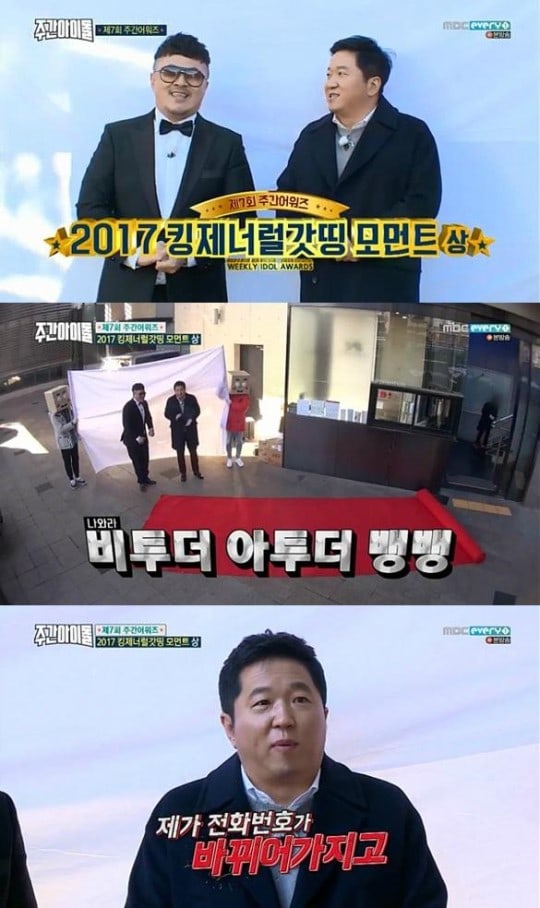