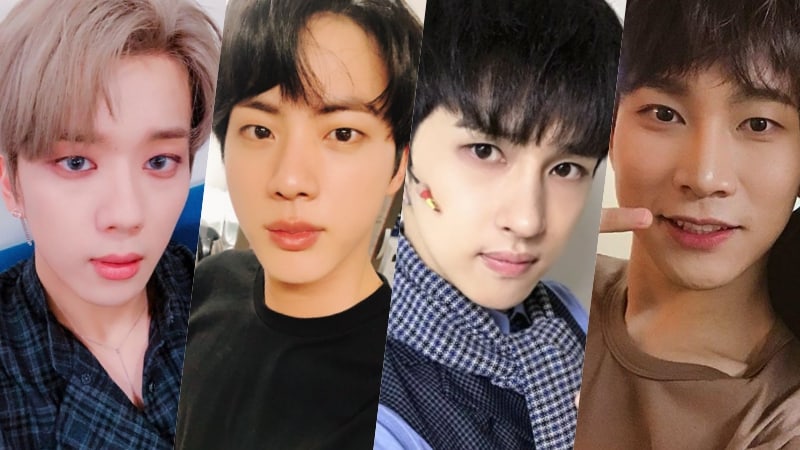 On December 27, during B.A.P’s appearance on SBS Power FM’s radio show “Lee Guk Joo‘s Young Street,” Himchan mentioned that the four friends had their own gaming crew. “Youngjae has a gaming crew,” he reported. “It’s a gathering of the resident gamers in various groups.”

“The name of the crew is really funny,” Himchan went on. “You see, it’s a crew with really high self-esteem.”

After a moment of hesitation, Youngjae laughed in embarrassment as he revealed that the name of the crew was “We’re The Strongest Idols.”

Once everyone’s laughter had subsided, he went on to explain, “I’m the leader of the clan. There are four members in total. There’s me, BTS’s Jin, BTOB’s Eunkwang, and VIXX’s Ken.”

Youngjae also shared that the crew was considering ringing in the new year by gaming together. “Not long ago, we said in our group chat that we should have a New Year’s Eve party,” he said.

We hope the four friends are able to game to their hearts’ content in 2018!