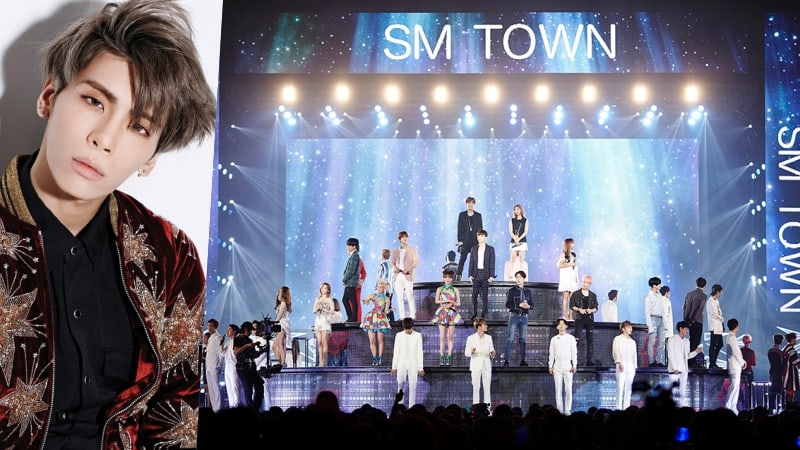 SM STATION’s last release of the year will be concert audio featuring all SM Entertainment artists.

On December 28, it was revealed that “Dear My Family” will be released as the 38th track for the second season of SM STATION.

“Dear My Family” is an R&B ballad track that was released by SM producer Yoo Young Jin in 2001. The SM STATION release will be audio of SM artists including Kangta, BoA, TRAX, Super Junior, Girls’ Generation, SHINee, f(x), Red Velvet, and NCT performing the song at the 2016 SMTOWN concert in Tokyo.

SM Entertainment shared, “The ‘Dear My Family’ music video will give a glimpse of photos with behind-the-scenes of the artists from the concert,” and added that Jonghyun’s voice and images of him performing will also be featured.

SM STATION release “Dear My Family” will be revealed on December 29 at 6 p.m. KST. Proceeds from the track will be donated to UNICEF.

SHINee
SM STATION
Jonghyun
SMTOWN
How does this article make you feel?