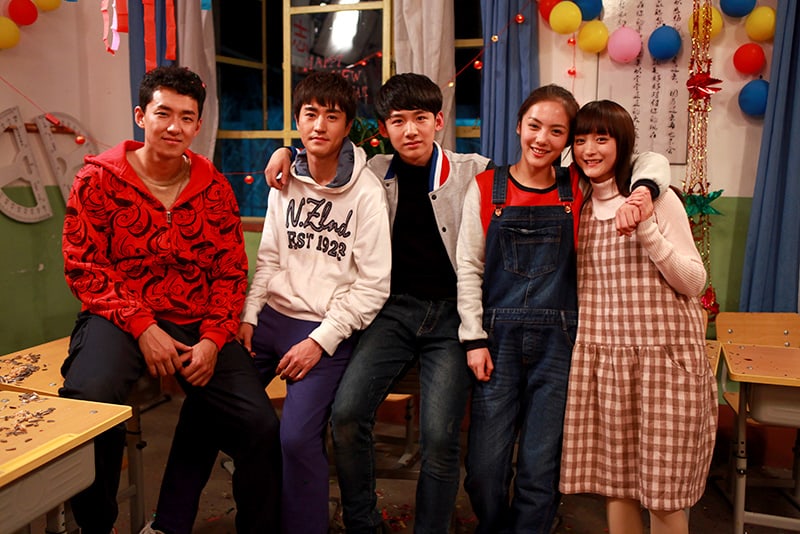 You know those dramas that just get it right? Sometimes finding that new drama with unique qualities can be tough, especially with so many amazing ones out there. Or maybe you haven’t yet dipped your toes into the world of Asian dramas, and are looking for a great place to start.

Whatever the case, I have good news for you, dear reader. Your search is over!

The Chinese drama “Back In Time” immediately captured me with its clever writing, realistic characters, and gorgeous cinematography. Before the end of the first episode, I was so invested that I binge-watched the rest of it in no time.

Here are some highlights of “Back In Time,” and why I loved it so much. 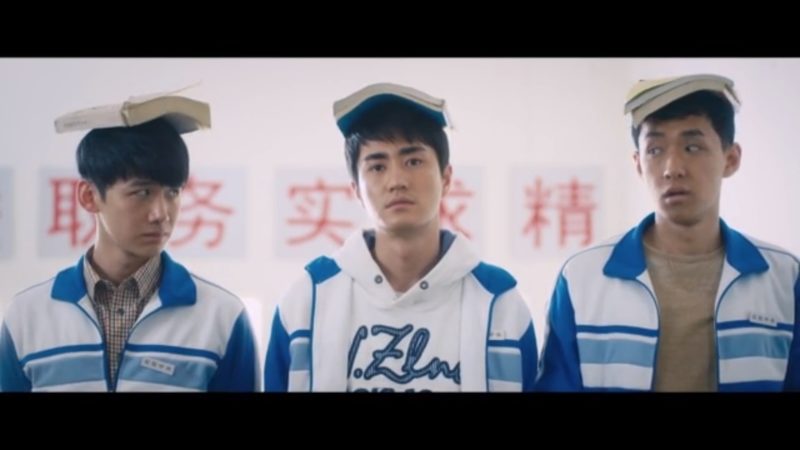 “Back In Time” welcomes the viewer into the lives of five friends as they navigate youth and adulthood together. From their troubled teen years to the trials and triumphs that come with young adulthood, this close-knit group of friends displays loyalty that I find inspiring. 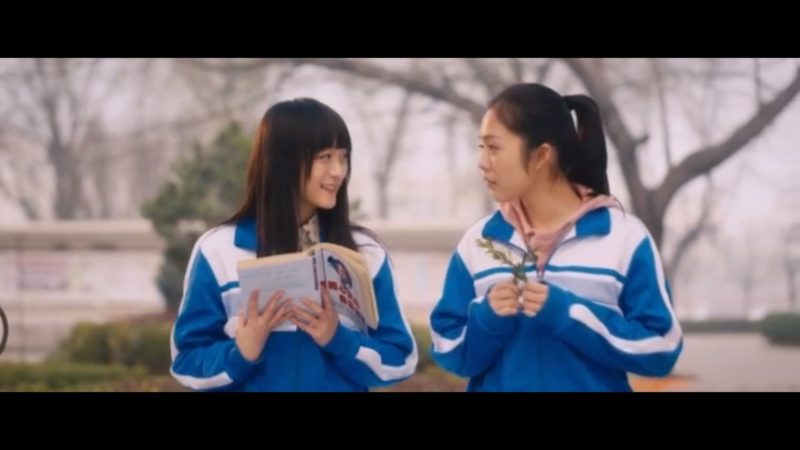 An especially beautiful example of this occurs between the two girls in the group, the outgoing Jia Mo (Cai Wen Jing) and the gentle Fang Hui (He Hong Shan). Both girls are sitting on a bench together after arguing earlier that day. Jia Mo has had her heart broken, and Fang Hui sits beside her without uttering a word. Softly, after a delicate pause, Fang Hui begins singing “Everybody” by the Backstreet Boys. Jia Mo joins in, and the somber scene is brightened by the healing that a loyal friend can bring.

This fierce loyalty between the five friends, though often uplifting, also causes detrimental consequences. For example, one night a drunk Zhao Ye (Du Wei Han) attacks the bully picking on Chen Xun (Yang Le). Although his intentions were to protect his best friend, Zhao Ye faces the dire consequences of his actions, setting several people’s lives on different tracks, including his own.

No drama is complete without a good old-fashioned love triangle! And “Back In Time” has two — er, I mean, three. You’ll see when you watch it. 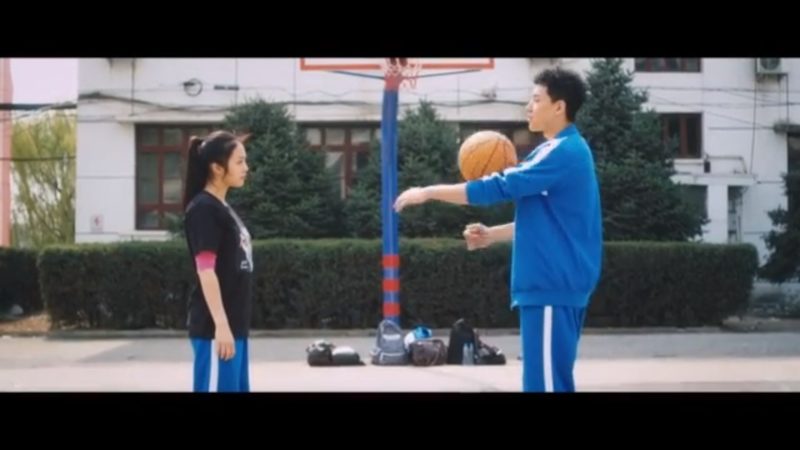 One way the love triangles are unique in “Back In Time” is that they are not the sole focus of the drama. Don’t get me wrong — there is romance aplenty, and it’s adorable. But “Back In Time” does a phenomenal job of spacing out the “Who will she choose?” enough so that the viewer doesn’t get bored with it.

Speaking of not getting bored, be sure to stay on your toes while watching these love triangles unfold! Neither of the girls involved makes typical choices, and I was unexpectedly surprised a couple of times.

Another reason these love triangles are unique is because all of the characters involved are of similar economic status. If that is not enough of a rarity in drama world, they also are all around the same age, go to the same school, and are all generally very likeable characters — all of which I find unusual in a typical love triangle.

Refreshingly, “Back In Time” steers clear of cookie-cutter characters with predictable personalities. I was ready to write the meek and quiet-as-a-mouse lead female off as weak and needy. But Fang Hui, although soft-spoken, is resilient and strong. The viewer is quick to learn that the tiny package that is Fang Hui can pack a punch (though not necessarily literally). Similarly, male lead Chen Xun is a character that is delightfully different from the norm. 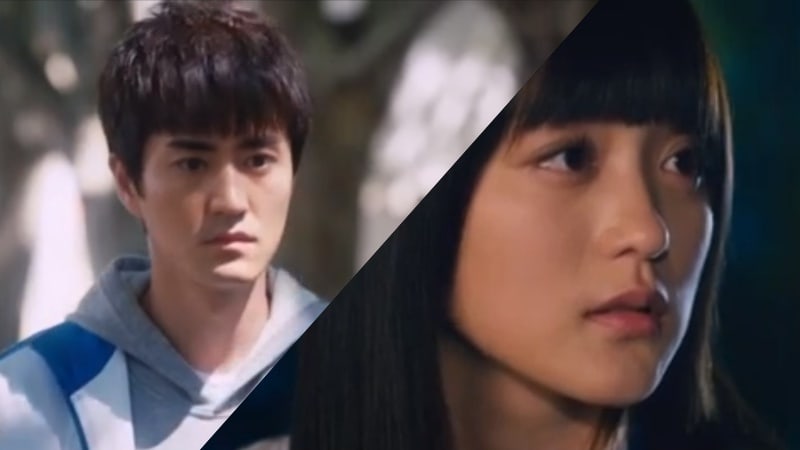 Chen Xun is a young man with a strong sense of justice that sometimes gets him into trouble. He works diligently to receive good grades in school, and his unwavering devotion to the girl he loves is admirable. He is not, however, portrayed as perfect.

Rather than attempting to set him on a pedestal of flawless male leads, the drama exposes his shortcomings. He is realistically depicted as a boy who works hard to be good, but his own faults sometimes foil those plans. Through some questionable choices later on in the drama, we see Chen Xun struggle between becoming the man he wants to be and his own selfish desires.

I appreciate how “Back In Time” depicts the reality of life with bold openness. It does not shy away from topics such as poverty, absent parenting, and betrayal. For example, Zhao Ye’s family struggles financially, while Qiao Ran (Bai Jing Ting) has been left to take care of himself at the tender age of 16.

Because the characters’ personal trials are exposed so openly to the viewers (and not necessarily to the other characters), it is easy to relate to and commiserate with them. When you see them overcoming obstacles, you’ll find it impossible not to cheer them on. 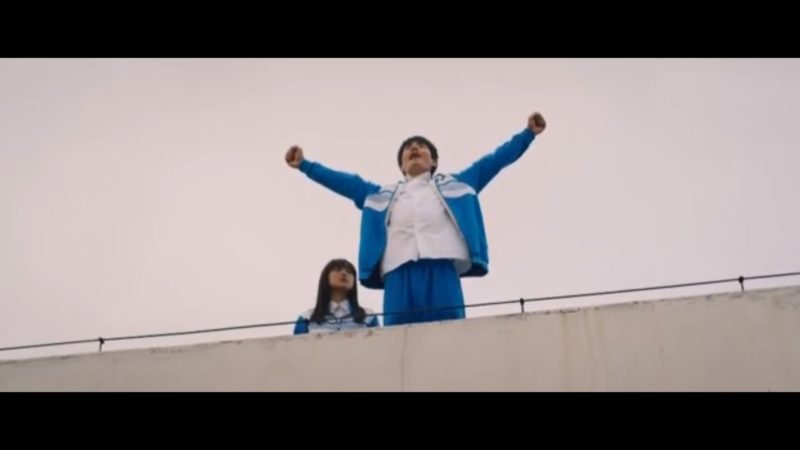 This must-watch drama is a welcome blast from the past, featuring nostalgic music, pop culture, and sports references that will leave the viewer reminiscent, regardless of when you were born, or where you grew up.

Be prepared to giggle, sob, laugh until you cry, and cry until you laugh at yourself because you’re crying at a drama. But seriously, go get the tissues. And most importantly, enjoy. Because this drama got it right.

Start watching “Back In Time” below!

actualeleven is an Asian drama enthusiast, who loves a good cup of coffee almost as much as she loves KARD and Infinite. She hopes to spread her passion for Chinese dramas to her readers!

Soompi Spotlight
Back in Time
Yang Le
How does this article make you feel?