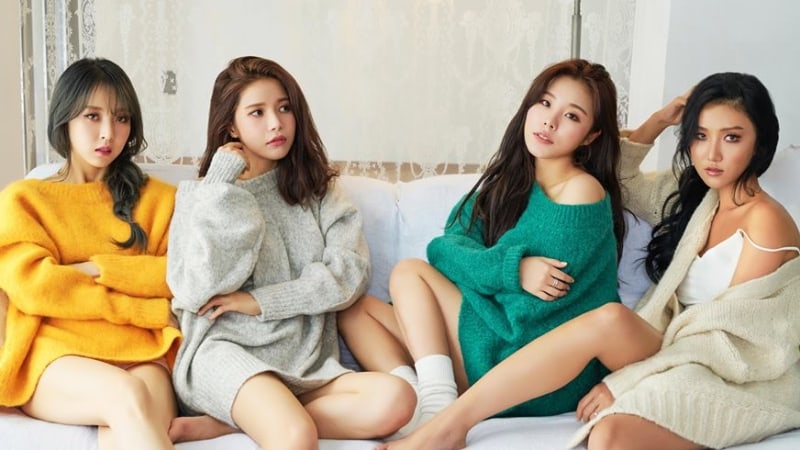 MAMAMOO Admits To Feeling Pressured By Their Beagle Image

In a recent interview, MAMAMOO opened up about wanting to change their image in 2018.

Although the girl group is famous for its members’ playful “beagle” personalities, MAMAMOO shared that their reputation is sometimes hard to live up to.

At last year’s Blue Dragon Film Awards, the idols won over the audience by humorously rewriting their lyrics to include references to various films and actors present at the show. In fact, their performance was such a hit that they were invited back for this year’s awards—but MAMAMOO shared that the invitation, while an honor, was also a source of stress.

“They said that we were the first singers to be invited two years in a row,” recalled Moonbyul. “We were honored. [But] we were very nervous because of the pressure to come up with jokes that would make people laugh.”

Wheein chimed in, “All four members came together as a team to try to overcome that pressure.”

She also confessed, “Because so many people find a calm and sincere MAMAMOO to be strange and unfamiliar, there have been times when I felt as though I’d lost the real ‘me.’ But I was also happy that many people see us as having a bright and positive image.”

“In the future,” Wheein went on, “I’d like to emphasize our musicality rather than our cheerful image. We will show a natural change.”

MAMAMOO also spoke about their gratitude to their fans. “The thing I remember most from 2017 was that we held our solo concert ‘Curtain Call,'” said Hwasa. She went on to fondly recall that a special banner event prepared by their fans for the concert had made her cry.

She added, “Every moment we spend with our fans is a special event.”