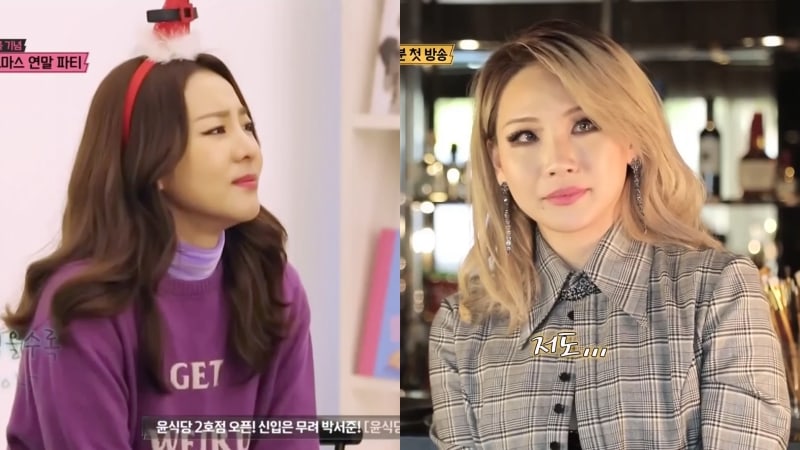 Sandara Park and CL reunited for the holidays on the December 28 broadcast of tvN’s “Livin’ the Double Life.”

CL invited Sandara Park and other friends to her house for a Christmas party. The two members warmly embraced each other and reminisced about living together during their years together as 2NE1.

Sandara Park said, “I cried watching the show and seeing you having a hard time in the U.S.” Later when everyone else arrived, CL’s other friends commented, “When I watch the show, you’re always in your hotel room in the U.S. whether it’s day or night,” and jokingly suggested she should get out of the room or run away to date. CL responded, “I don’t like to go out. It’s tiresome.” 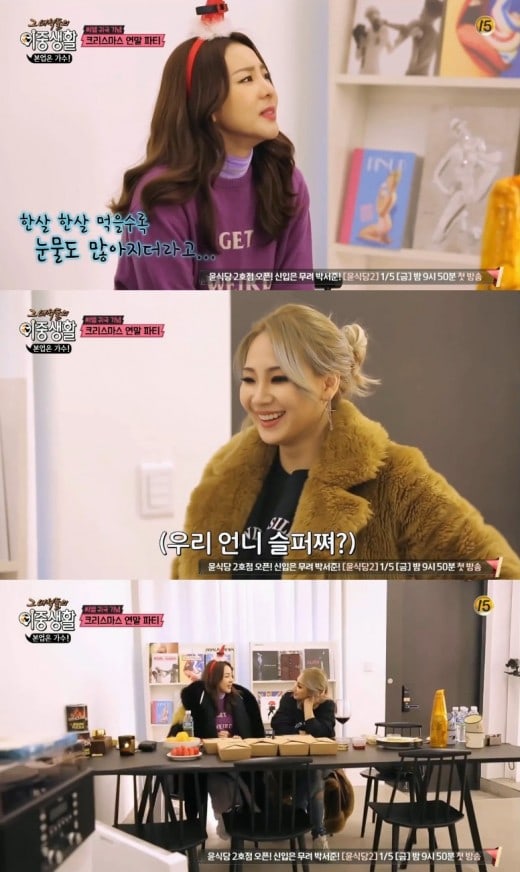 She also revealed the after-effects of the episode where she shed tears talking about 2NE1’s disbandment. CL explained, “After [that aired], I got a lot of text messages saying they watched me crying and other shows asked me to cry on air.”

“Livin’ the Double Life” is a reality variety program that shows the lives of CL, BIGBANG’s Taeyang, and Oh Hyuk on and off the stage. The show airs on Thursdays at 10:50 p.m. KST.

Sandara Park
CL
Livin' the Double Life
How does this article make you feel?