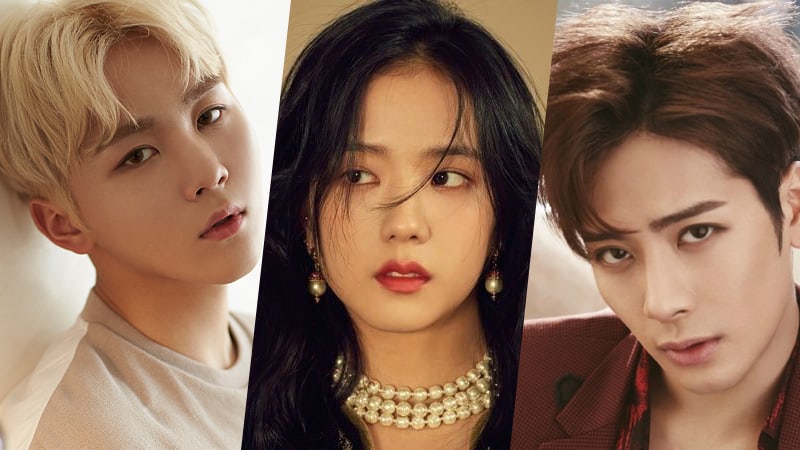 12 Idol Variety Masters Who Never Fail To Make Us Laugh

If you watch variety shows, then you know just how important it is to be funny in the entertainment world. Wit and humor are the best weapons in the world of variety television, and it’s tough to survive there. Though idols do shine onstage, some of our favorites have the talent to flourish offstage as well. But which idols should be named the true masters of variety? Read on to find out!

When most people think of funny idols, Heechul is one of the first people to come to mind. He has managed to become successful in the comedy world in addition to being an idol, which is quite the accomplishment. His humor is clever above all else, and he’s never afraid to insult a few people along the way.

With her cute and beagle-esque attitude, Dahyun can make anyone smile. Her brand of comedy involves one thing: being her usual, dorky self. Even if you aren’t a fan, I can guarantee watching videos of Dahyun will make you giggle at the very least.

Jackson is easily one of this generation’s funniest idols, hands down. He has the ability to make quick yet clever comebacks, and he manages to be funny in several languages. Overall, Jackson’s potential in variety is incredible, making him one to watch for the future.

If I had to describe Key in one word, it would be honest. He is someone who never holds back with his words, which produces some hilarious results. Combining his blunt attitude with his overall extra-ness, Key makes for a strong contender in the competition for funniest idol.

No matter where she goes and what she does, Hani is a bubbly ball of energy. Her goofiness is infectious, but don’t be fooled! She’s an incredibly smart person who excels in the games that are often played on variety shows.

Though he only debuted recently, Ong Sung Woo has become a prominent variety-dol in such a short amount of time. This boy takes the word extra to a whole new level, and he won’t hesitate to do something ridiculous for laughs.

To put it simply, Sunggyu’s variety appeal is most definitely unique. His aloof and happy-go-lucky attitude allows for others to make fun of him easily, leading to various antics. Whether the target of ridicule is his age, his dancing, or something else, Sunggyu always takes it in stride.

When I see Bomi, I just can’t help thinking about how relatable she is. Bomi reminds me of that one friend who is always doing crazy things, the one who you sit back and watch just to see what they’ll do. She often contradicts Apink’s cute and feminine image, which makes her even funnier.

With his animated facial expressions and dramatic tendencies, Seungkwan is absolutely hilarious to watch. His ability to speak quickly and think on his feet definitely contributes to his overall skills, and his personality allows him to easily lighten up the mood.

Though she appears cool and chic during performances, Jisoo is actually one big ball of craziness. She has been dubbed the 4D member of BLACKPINK because of her unpredictable and silly personality, and that title is well-deserved. Jisoo’s energy is absolutely infectious.

How can it be that all of a group’s members are so goofy? Seriously, BTOB often straddles the line between idol group and comedy ensemble. In the clip below, about half the time is spent dancing, while the other half is just the members hitting one another.

No matter how I see it, MAMAMOO as a group is just naturally funny. These four girls don’t care about acting like proper ladies, and instead run wild without a care in the world. Despite the pressure of their beagle image, MAMAMOO always delivers.

Who do you think deserves the title of variety master? Let us know down in the comments!