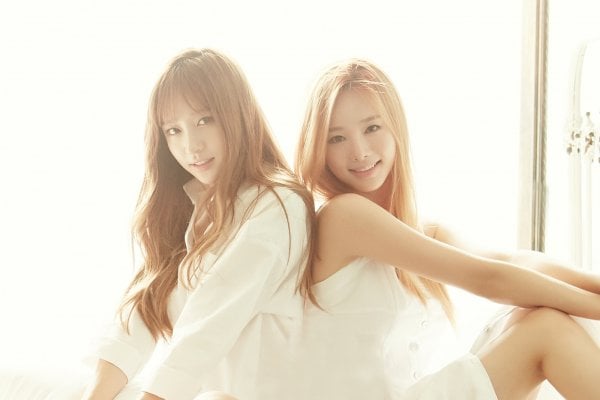 EXID’s Hani And Solji To Release OST For “Money Flower”

On December 30 at 6 p.m. KST, an OST sang by EXID’s Hani and Solji for the weekend drama “Money Flower” will be released.

They are the second artists to sing for drama, and their song is called “Flame.” The song was produced by ZigZag Note, with Kang Myung Shin writing the lyrics. This song will be the theme of Park Se Young‘s character Na Mo Hyun in the drama, and the lyrics will compare her ambition to the flames of love.

Solji, who has been taking a break since the end of last year due to hyperthyroidism, wasn’t able to participate in EXID’s latest comeback for “DDD.” This OST is a chance for fans waiting for Solji’s return to hear her singing voice once again.

On another note, “Money Flower” is a drama about a group of people who think they are controlling money, but are in fact being controlled by money, starring Jang Hyuk, Park Se Young, Jang Seung Jo, Lee Mi Sook, Lee Soon Jae, and Han So Hee.

You can watch the latest episode below.

EXID
Solji
Money Flower
Hani
How does this article make you feel?