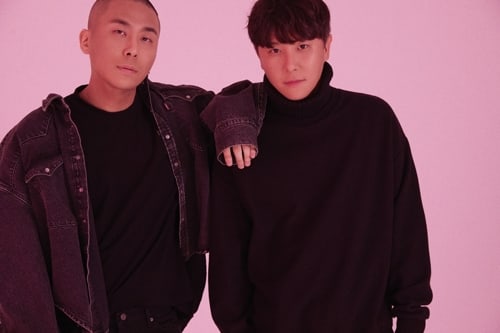 After establishing a new agency called High Up Entertainment with CJ E&M, Black Eyed Pilseung (a duo consisting of composers Choi Kyu Sung and Rado) have revealed plans to create their own girl group.

Black Eyed Pilseung is well known for composing K-pop hits such as TWICE’s “TT,” Apink’s “Only One,” SISTAR’s “Touch My Body,” and more. The duo was awarded MAMA’s Best Producer Award in 2016 and Gaon Chart’s Composer of the Year Award in 2017.

The duo will start auditions in different cities in Korea next month. Candidates must be born between the years of 1997-2005 and can apply through singing, rapping, dancing, or acting.

Are you excited for their girl group?

black eyed pilseung
How does this article make you feel?