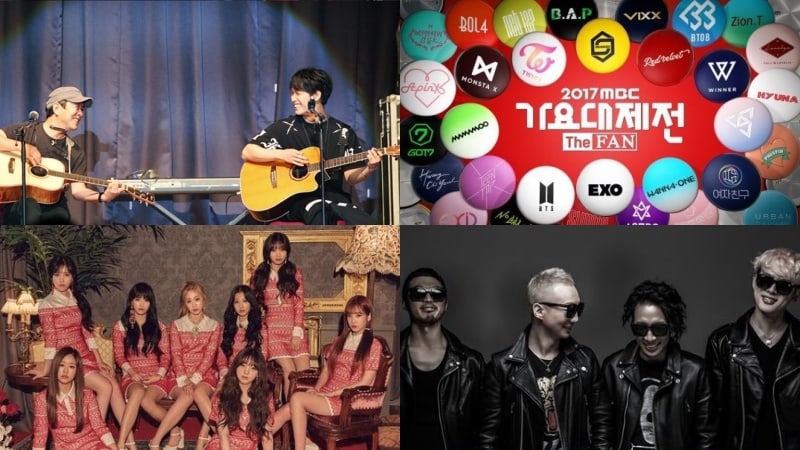 First, BTOB’s Hyunsik is set to perform a duet with his father Im Ji Hoon, a popular folk singer in the 1980s. Hyunsik has performed his father’s hit song “Reminiscence” while playing the guitar on variety shows before. Their special father-son stage is set to warm the hearts of viewers this winter.

Another interesting collaboration will be between rock band No Brain and girl group Lovelyz. No Brain’s vocalist Lee Sung Woo is already a well-known fan of Lovelyz, and he is set to earn the title of “a successful fan” by performing on stage with the girl group at this year’s MBC Gayo Daejejun. They are said to have prepared a band version of Lovelyz’s “Twinkle” that the members of No Brain arranged themselves.

These two special collaboration performances will be unveiled at the 2017 MBC Gayo Daejejun, which will be held on December 31 from 8:35 p.m. KST.