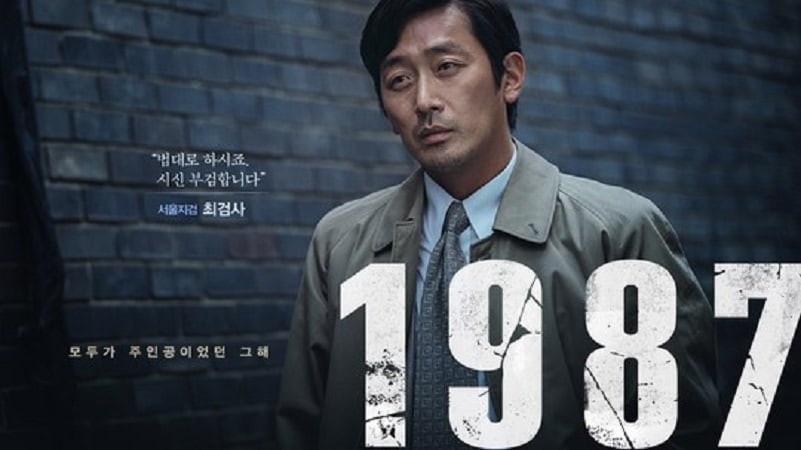 “1987,” a film about Korea’s desire for democratization following the death of a college student in 1987, has surpassed 1 million moviegoers.

According to the Korean Film Council, “1987” recorded over 1 million moviegoers as of 9:30 a.m. KST on December 30, meaning it has achieved this impressive feat in just four days since opening.

This is the same rate as the 10 million-viewers films “Ode to My Father” and “The Attorney,” in addition to “The Himalayas,” which was a box office hit in December 2015. 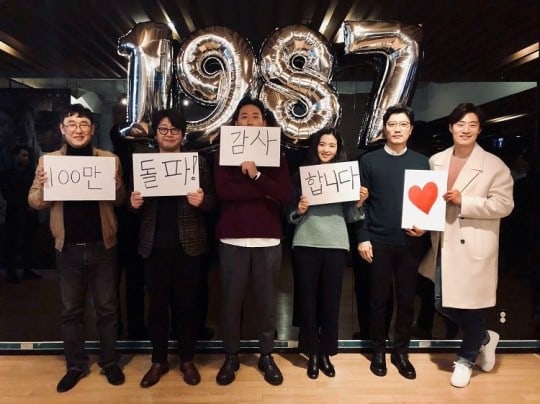 “1987” tells the heartbreaking stories of those who sought to uncover the truth after the cover up of a case of a twenty two-year old college student, who died during a police investigation in January 1987. The movie has been praised for depicting important scenes from Korea’s modern history, the actors’ passionate performances, and for being an entertaining film.

Along with “Along with the Gods: The Two Worlds” and “Steel Rain,” “1987” was chosen by many as a movie they were the second half of the year. “1987” was released on December 27, and is currently being screened at theaters all over Korea.

1987
How does this article make you feel?