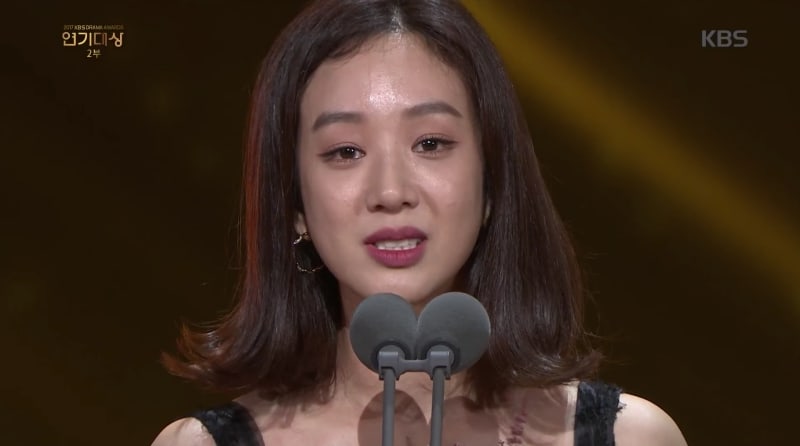 Jung Ryeo Won received the award for her portrayal of prosecutor Ma Yi Deum in the KBS 2TV drama “Witch’s Court.” Holding her trophy and flowers, Jung Ryeo Won walked up to the microphone and began speaking in the same tone of her on-screen character, but paused to fight back tears throughout the speech.

The actress said, “Hello. This is Jung Ryeo Won, who was so happy in 2017 as I played the role of prosecutor Ma Yi Deum. I jokingly said that this year was [the time for] the Daesang (Grand Prize), but thank you so much for giving me this big award.” 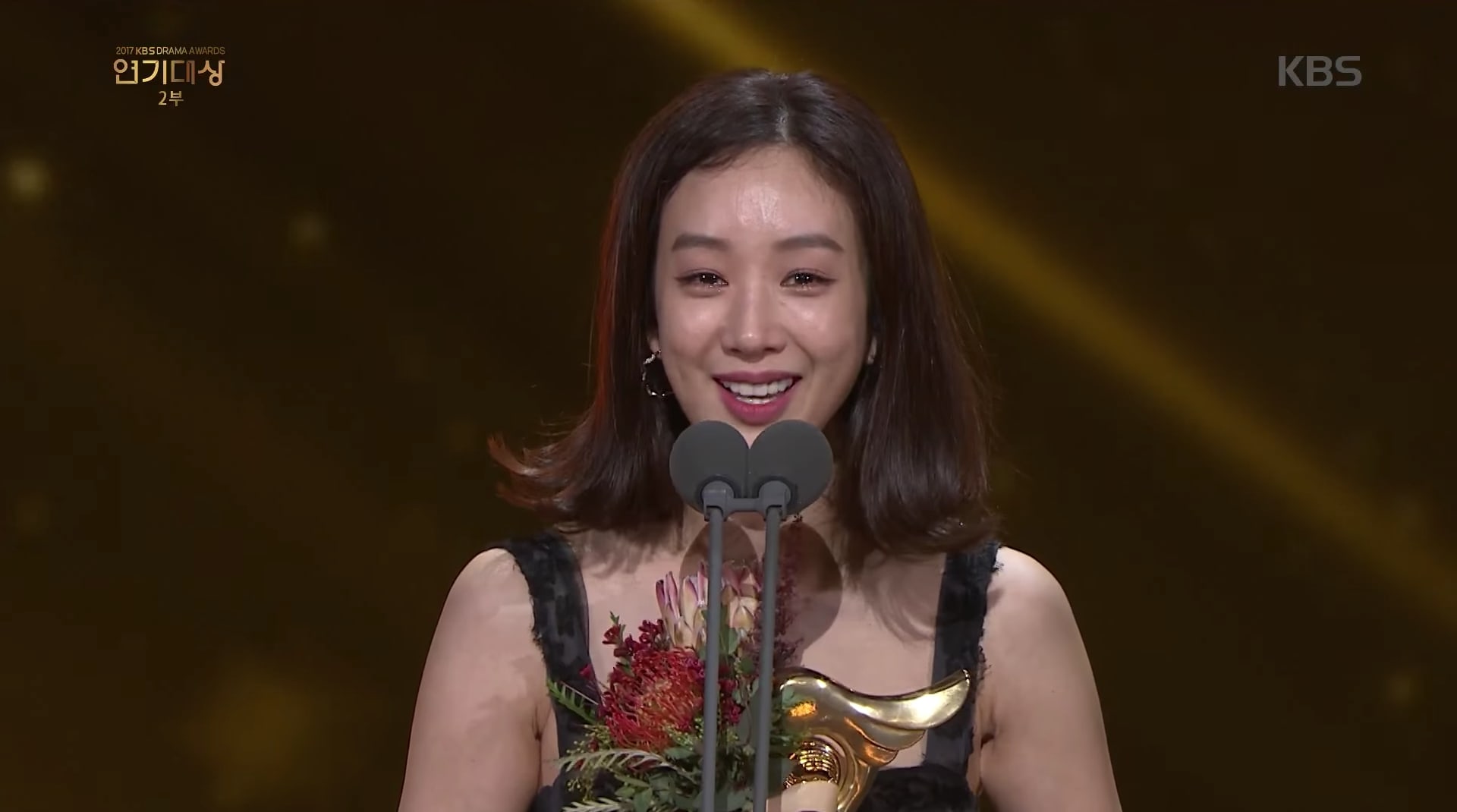 She continued, “Our drama ‘Witch’s Court’ dealt with the heavy topic of sexual assault. It is rampant in our society like a cold, but the perpetrators are not exposed. Through this drama, we wanted sexual assault and sexual violence laws to be tightened so that perpetrators could be punished, and thought that it could be a good opportunity for victims to raise their voices. I heard that victims of sexual violence are hesitant to speak up because they feel humiliated when they do, and I hope we were able to be a source of comfort for them. Our ‘Witch’s Court’ team, family, and actors worked really hard with that in mind while we were filming.”

Jung Ryeo Won then thanked the drama writer for writing a great script, the director for trusting her, her fellow “Witch’s Court” actors, and her on-screen colleagues at the Department of Crimes Against Women and Children. She concluded the speech by thanking her best friend and actress who also appeared on a drama during the same time slot. “[Han] Ye Seul, it must’ve been hard for you too, but thank you so much for praying for me,” concluded Jung Ryeo Won. 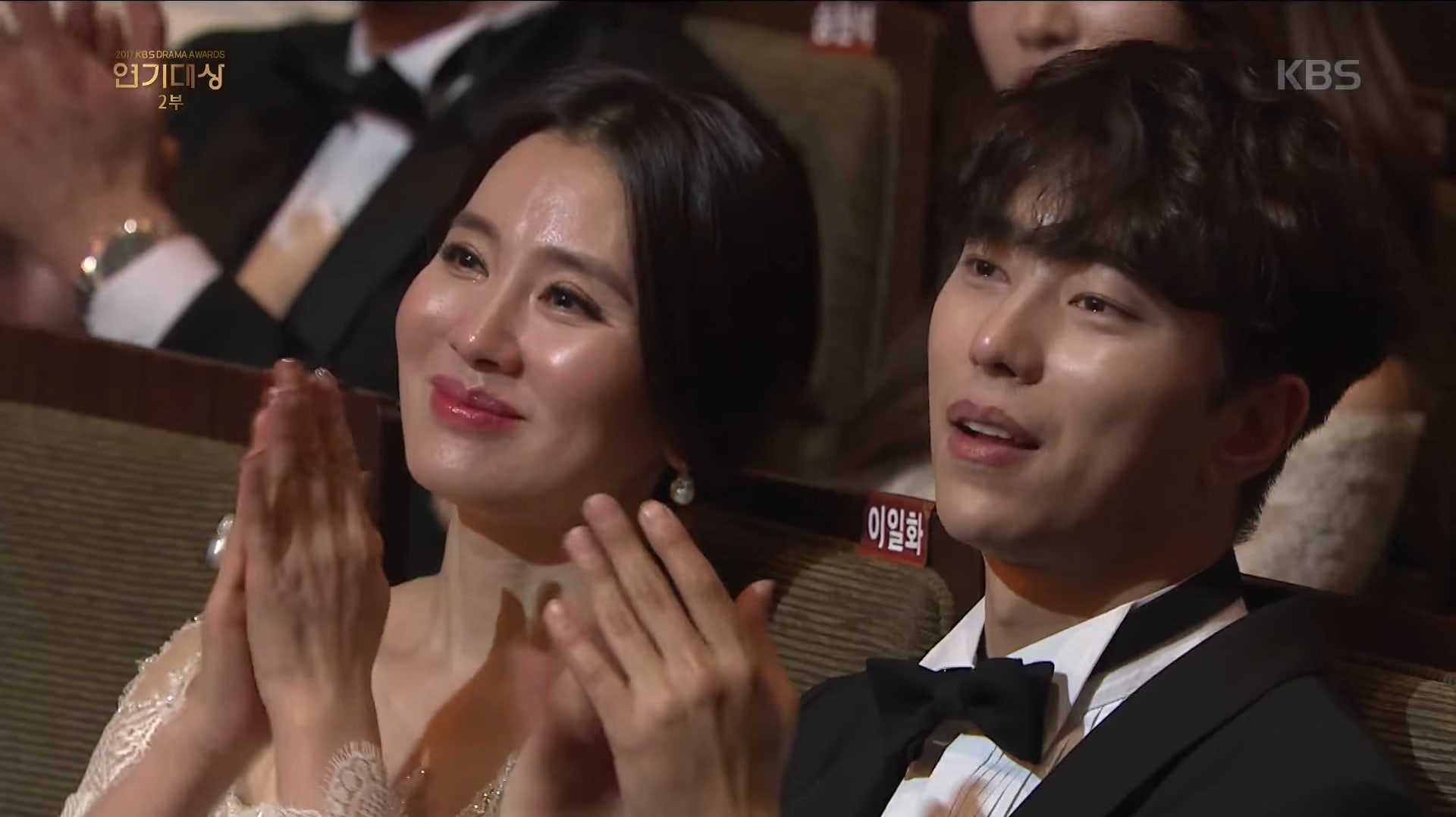