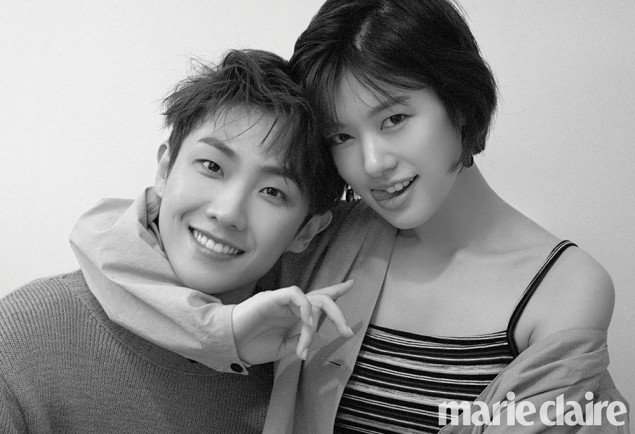 Update: “Father Is Strange” Co-Stars Lee Joon And Jung So Min Confirmed To Be Dating

Jung So Min and Lee Joon have officially been confirmed to be dating!

Jellyfish Entertainment released a statement that read, “Jung So Min first met Lee Joon as a co-star on ‘Father is Strange,’ and they began dating in October. We would be grateful if everyone would watch over them warmly.”

Prain TPC spoke on behalf of Lee Joon and said, “Lee Joon is currently in a relationship with Jung So Min, who he met through ‘Father is Strange.’ They began dating in October and are currently very supportive of each other. Lee Joon is currently getting plenty of rest so that he can do his best when he returns to the army after his break ends.”

We wish the happy couple all the best!

It looks like we may have another on-screen to off-screen couple as it is being reported that Jung So Min and Lee Joon are dating!

According to reporting by TV Report, Lee Joon and Jung So Min are currently in a relationship and enjoyed a sweet date together on December 29, 2017. They are said to have visited a department store in Pangyo where they picked out scarves before eating dinner together. Lee Joon is said to have spent a large portion of his five-day leave from the army with Jung So Min.

Jung So Min and Lee Joon met on the set of KBS 2TV’s weekend drama “Father Is Strange,” which came to an end in August 2017. Through the drama, Jung So Min solidified her status as a “Romantic Comedy Queen” while Lee Joon was also recognized for his talents as an actor. Jung So Min recently appeared in the popular tvN drama “Because This Is My First Life” and Lee Joon enlisted in the army in October 2017, where he received a commendation during basic training for his high marks.

A representative of Prain TPC stated that they will first need to check with Lee Joon before releasing an official statement on the dating rumors.

Jung So Min
Soompi Spotlight
Lee Joon
Father Is Strange
How does this article make you feel?