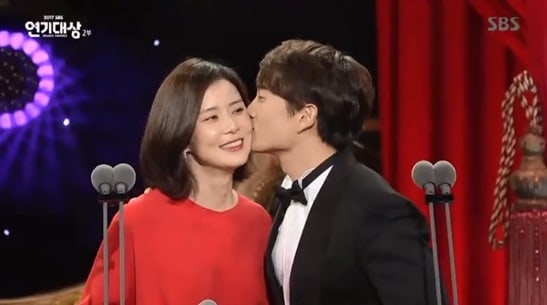 Ji Sung and Lee Bo Young recently rang in the new year in style at the 2017 SBS Drama Awards!

As both actors had hit SBS dramas this year, they were both in attendance at the December 31 ceremony at the SBS Prism Tower. Lee Bo Young, who was an MC with Shin Dong Yeop, said during the show, “Usually at the end of the year one of us is at the awards ceremony and the other is at home and we would only meet each other at the crack of dawn. But for the first time since we got married we’re in the same place [at the end of the year].”

Shin Dong Yeop commented, “I met you briefly backstage and your baby and your parents also came.”

Lee Bo Young shared, “Our baby is 30 months old but she’s never seen her parents get all dolled up so we brought her to take a picture with.” 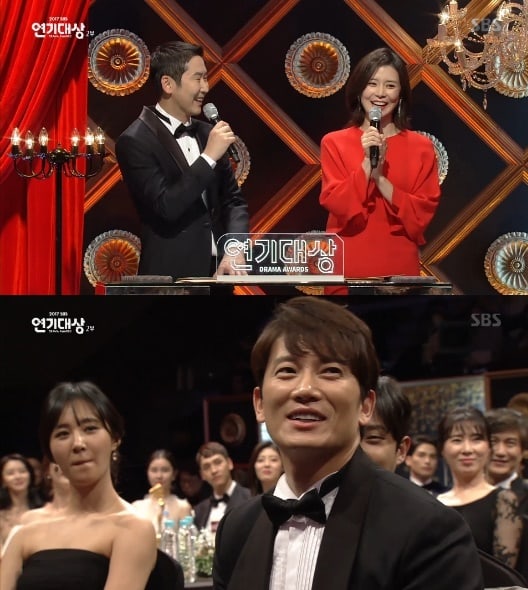 As if this wasn’t cute enough, both Ji Sung and Lee Bo Young walked away with big awards at the end of the night. Lee Bo Young won a Top Excellence in Acting Award for her work in “Whisper” and Ji Sung took home the Grand Prize for his work in “Defendant.” 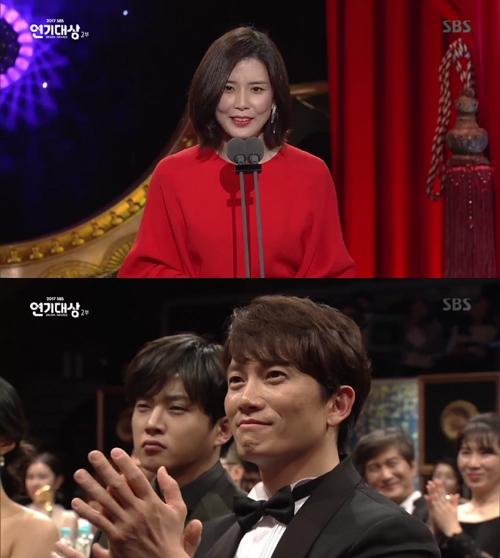 In Ji Sung’s acceptance speech, he said, “I had never thought that I wanted to win a prize for ‘Defendant.’ I felt apologetic to society [because of the heavy subject matter] and as the father of a daughter, [the content] scared me. Even when the ratings were good, my heart was heavy. I couldn’t be happy that the ratings were good for a story like this.”

He then went on to say that he considered the award as belonging to the entire “Defendant” team and that Uhm Ki Joon, his co-star, deserved the Grand Prize for his work as a villain on the show.

He concluded, “Time goes by so fast. I debuted at SBS in 1999. 19 years later, I’m standing here. Thank you to my daughter, Ji Yoo, and thank you to my wife Lee Bo Young. I wanted to make sure I say this. Thank you for making your incomplete husband into a great person.” 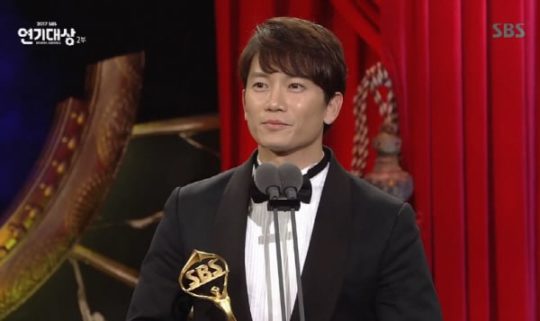 Prompted by Shin Dong Yeop, Ji Sung and Lee Bo Young then shared a hug and kiss on stage. Slightly embarrassed, Lee Bo Young said, “I think we’ve taken up too much of the focus” and to Ji Sung she said, “Congratulations, you worked hard and I’m proud of you.” 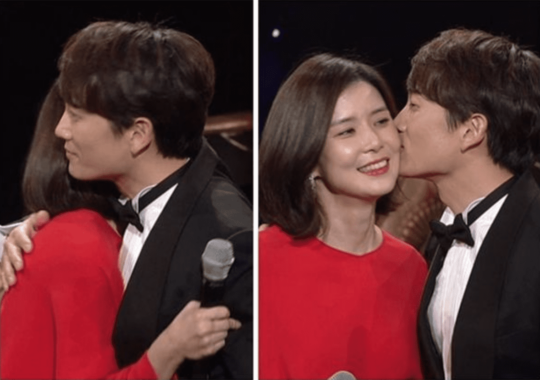