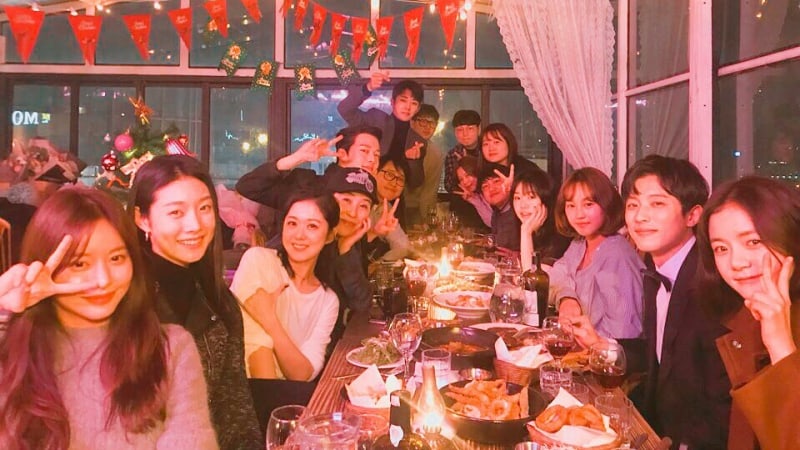 “Go Back Couple” Cast And Crew Celebrate The New Year Together

The cast and crew of the KBS2 drama “Go Back Couple” reunited for a new year’s celebration.

She also uploaded a video of people congratulating Jang Nara with flowers and cheering. Jang Nara won the Excellence Award (Mini-series) and the Best Couple Award with Son Ho Jun at the 2017 KBS Drama Awards on December 31.

Along with the photos and video, Jo Hye Jung wrote, “I welcomed the new year with great people. Ah I’m so happy,” and included the hashtags “Happy new year” in Korean and English.

“Go Back Couple” received lots of love from viewers for its heartwarming story about family, love, and friendship. Watch the first episode now!

Jo Hye Jung
Go Back Couple
How does this article make you feel?