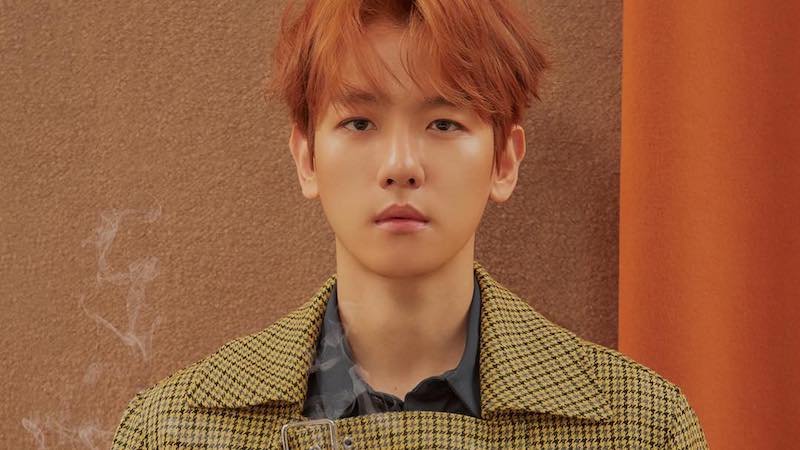 EXO’s Baekhyun Apologizes For His Statements In Regards To Depression

EXO’s Baekhyun took to his Instagram on January 2 to apologize for what he said in reference to depression during a fansign event that took place a few days prior.

He wrote, “Hello, this is Baekhyun. I am writing this post because I wish to personally apologize for my comments from the fan sign event on December 30.

“These days, I’ve honestly have been in a state where I felt a lot of fear about, and have been hypersensitive towards the topic of depression. And so when I was speaking to that fan for a significant [amount of time], I became really worried and suddenly afraid. At a fansign that should be filled with joy, I really felt the gravity of what she, a fan that I wanted to make happy, was confiding to me, and I think I was feeling very rushed because of the idea that ‘I might not ever be able to talk with this fan again after we part from this spot today.’ I wanted to tell her at least one more word of comfort, and I wanted to do quickly just do anything for her [during the event] at the thought that my words could maybe become a source of strength to her, since she had said she liked me.

“Even after I finished talking to that fan, I think I kept mulling over this until the end of the fansign. And so, there was something I carelessly said while I was encouraging her, and other fans who came, that there are good people and, of course EXO, by their side when they feel depressed or are going through hard times. I was hasty in bringing up what I said when I don’t have to the ability to organize and express my intentions in a short period of time. Why I chose those phrases, those words, at that moment, I am regretting it [when] I really just wanted to comfort and cheer her up..

“I’m afraid even while writing this that I might have made a mistake again in this post. However, I want to sincerely apologize. I’m sorry to that fan, and I wish to apologize to everyone who felt hurt due to this matter. I will become a ‘Baekhyun’ who is more prudent about his words and actions moving forward.”

The singer was criticized for his choice of words regarding depression during the event at two separate times, after a fan uploaded the conversation she had with him and others shared a cropped portion of what he said later on during his closing statement out of context.

The supposed fan in question has since posted multiple statements regarding the conversation she personally had with him, as well as his later comments at the end of the event, clarifying that she believed what she wrote did not encompass the nuance of Baekhyun’s well-natured intentions that she felt through his actions, facial expressions, and tone of voice while he was speaking. She also stated that she personally had been very comforted and encouraged by what he said to her directly, as well as what he said to everyone later on.

Specifically during his closing statement, Baekhyun stated, “…It seems that there are those who are experiencing depression as well. If I were to voice my thoughts, I don’t know why people become ill with depression and insomnia. I’m not criticizing it. You may not be able to force yourself to always think good thoughts but—. You know how there’s people who have good energy in your life? Like friends or others, [and] you also have me. So, I hope that everyone can always smile when you see the other EXO members and myself. Ah—, that’s why, with that said, I hope that everyone will be able to become a little happier. Always hang in there everyone. Fighting!” He added before he left the venue, “Let’s all be happy together. Really, let’s be happy. Happy new year! Let’s smile together in 2018. Don’t be too stressed, and see you next year!”

*An earlier version of this article misstated insomnia as anxiety in the last paragraph.