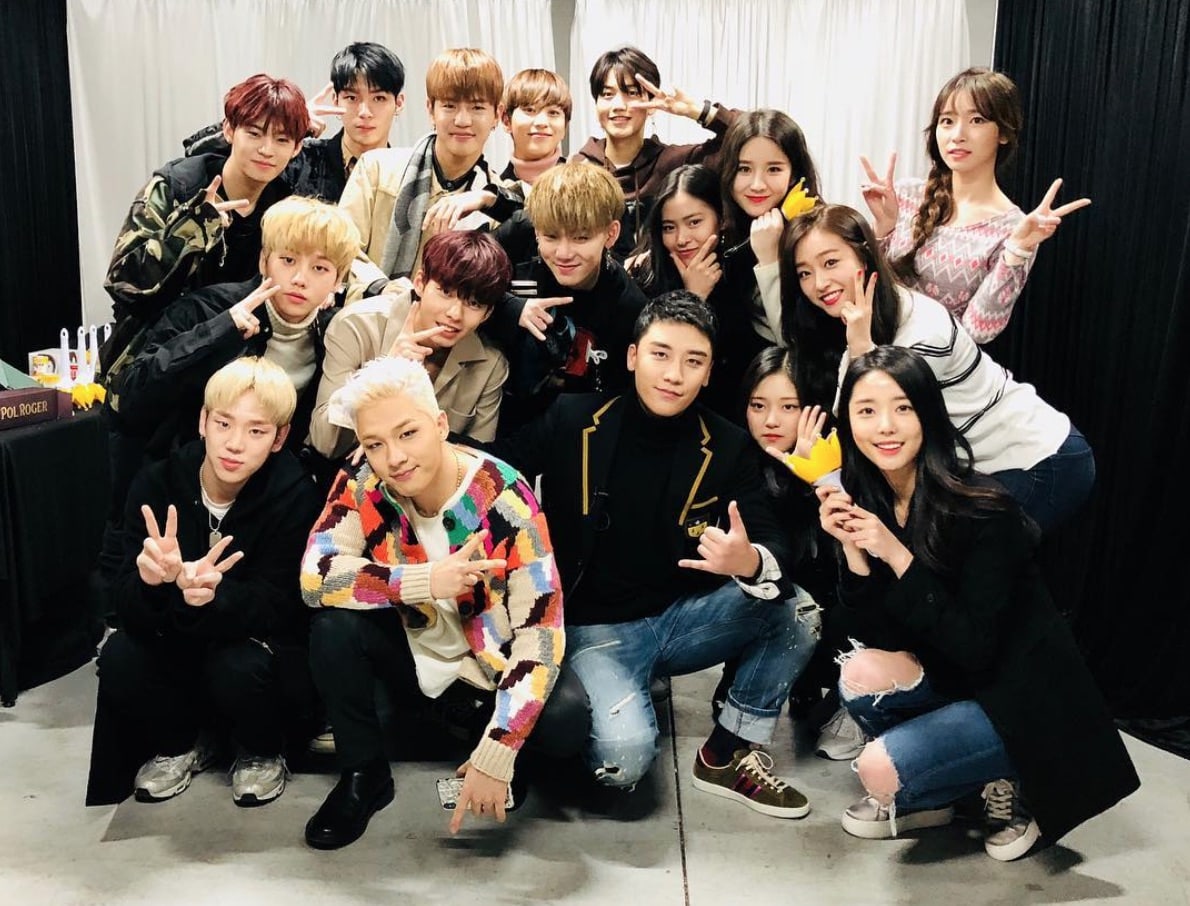 BIGBANG’s Seungri shared a sweet photo of some of the “MIXNINE” contestants attending BIGBANG’s most recent concert!

The singer shared the moment on his personal Instagram account with the caption, “The ‘debut’ group kids from ‘MIXNINE’ came to BIGBANG’s concert. We’re grateful that they despite being busy with their training and rehearsals. I heard that Choi Moon Hee and Jeon Hee Jin both attended Seungri Academy. I hope they have great results [on the show]. ‘MIXNINE,’ I’ll see you again soon.”

The “debut” groups in “MIXNINE” refer to the contestants currently ranked in the top nine spots on the show, with separate rankings for the male and female contestants. It looks like the “debut” group contestants were given a very special treat to attend BIGBANG’s end-of-the-year concerts!

BIGBANG held their “BIGBANG 2017 Concert Last Dance in Seoul” at the Gocheok Sky Dome on December 30 and 31, after which the group is set to go on a temporary hiatus while the members enlist in the army. The four members currently on tour shared their thoughts and love for their fans as they ended the night.

Check out the latest rankings for “MIXNINE” to see who made the cut, and who were eliminated.

BIGBANG
Seungri
MIXNINE
How does this article make you feel?