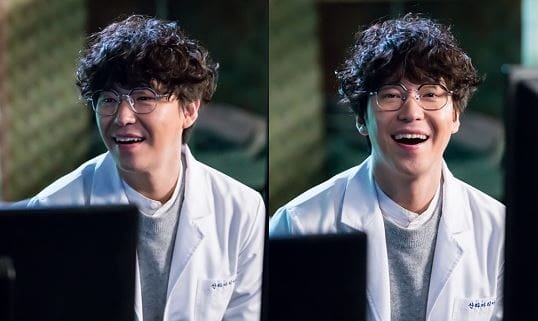 The happy virus of MBC’s Wednesday-Thursday drama “I Am Not a Robot” who keeps everyone’s spirits up on the set was revealed to be none other than actor Uhm Ki Joon.

Newly revealed still cuts of Uhm Ki Joon prove he is the energizer on set with his big smiles and playful gestures. Despite the cold weather, Uhm Ki Joon only wears a white lab coat as it is a trademark of his character. He laughs heartily and poses in a silly manner even though the weather is freezing. Known as the “human vitamin,” he jokes around with his co-stars and the members of production crew and never loses his smile. 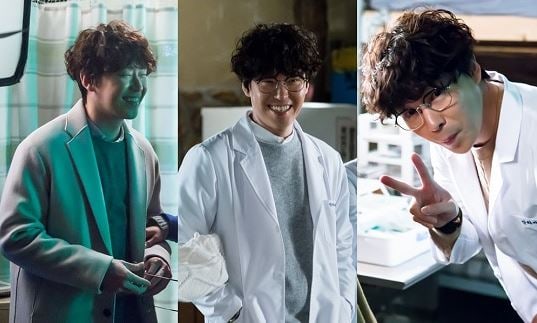 The production crew praised, “With his never-ending, overflowing energy on set, Uhm Ki Joon brightens [the spirits of] everyone around him. When he laughs heartily, everyone starts to laugh along. He’s an actor who has the ability to give strength to people with just his laughter.”

In the drama, Uhm Ki Joon plays world famous scientist Hong Baek Kyun and creator of humanoid robot Aji-3, modeled after his ex-girlfriend, played by Chae Soo Bin. In the latest episodes, Hong Baek Kyun has been jealous of the relationship between Kim Min Kyu (played by Yoo Seung Ho) and his ex-girlfriend, and their love triangle has been receiving hot responses from the viewers.

Uhm Ki Joon
I Am Not A Robot
How does this article make you feel?