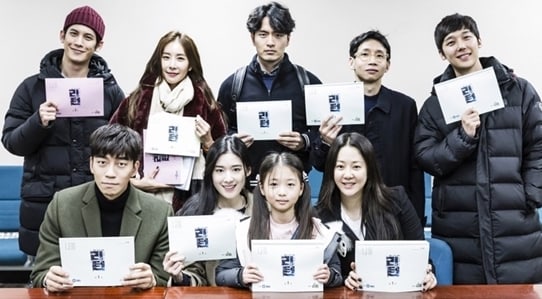 On December 2, the upcoming drama “Return” released photos of its first script reading with the cast.

The new drama from SBS is slated to air on Wednesdays and Thursdays starting January 17. It tells the story of a lawyer and detective who pair up to solve a murder case where the suspects are the children of an elite class. The drama began filming in November. 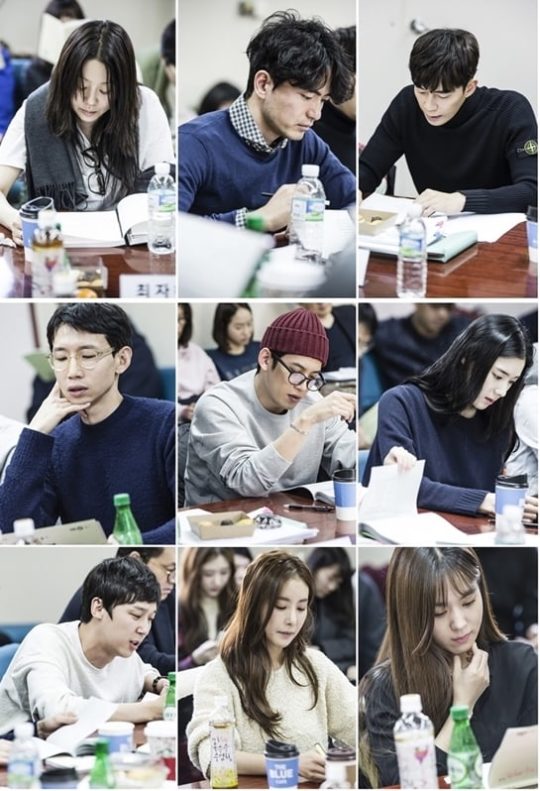 Shin Sung Rok, Bong Tae Gyu, Park Ki Woong, and Yoon Jong Hoon play the four suspects in the case, all of them from wealthy backgrounds.

Finally, Jung Eun Chae plays Geum Na Ra, a former lawyer who aced all her tests coming out of university but married a second-generation chaebol heir and settled down as an ordinary wife and mother.

The production staff stated, “The veteran actors tested their chemistry at the first script reading for ‘Return’ and their acting was so passionate we could hear the difference in their breathing. We are working to perfect the filming because we already have a lot of the script and footage as well. Please look forward to ‘Return’ on your screens this 2018.”