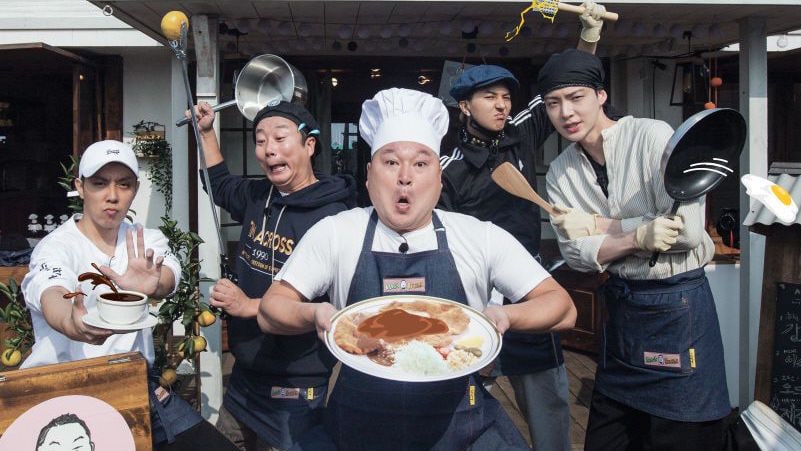 tvN’s “Kang’s Kitchen” aired its last episode on January 2 and finished on a high note with the show’s highest ratings ever!

The last episode especially drew the attention of viewers when an elementary school’s wrestling team came to dine at the restaurant. The cast members scrambled to make six “Kang Ho Dong katsu (fried pork cutlet)” dishes at the same time and though it seemed like they were able to get everything out without a hitch, the small mistakes they made here and there had viewers laughing along with them. Not only this, but Kang Ho Dong moved viewers when he reminisced about his past as a wrestler and shared stories with the young kids, even offering to pay for their meal. 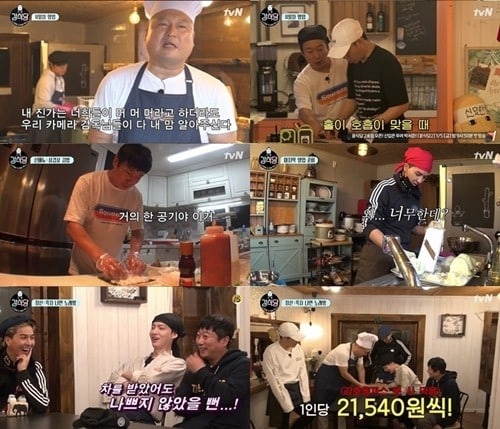 Finally, the last day that the restaurant would be open dawned on the cast. Lee Soo Geun showcased a new menu item of kimbap with pork belly, which completely won over all of the customers. Once the day ended, the cast members expressed that they were sad to be closing for good but were soon laughing as they jokingly said, “If we have a second season, we should sell grilled squid,” and “In the summer, we should open a car washing service.” The team even managed to end the day with a 100,000 won (approximately $94) profit, which was a completely different scenario from their first day of business when they ended up spending more money than they earned.

The series will end on January 9 with a director’s cut episode of both “Kang’s Kitchen” and WINNER’s “Youth Over Flowers.”

Kang's Kitchen
How does this article make you feel?