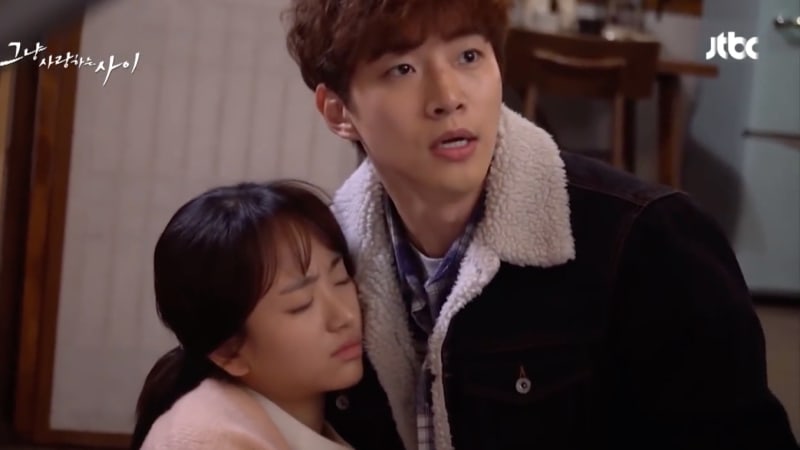 The cast and crew of JTBC’s “Just Between Lovers” show off their close friendship and adorable family dynamic in a new behind-the-scenes clip from the drama!

In the newly released video, it seems that there’s never a dull moment on the set of “Just Between Lovers,” with the actors constantly joking around and having a great time between takes.

However, when filming begins, Won Jin Ah throws herself into her performance—literally. In a scene where her character falls to the ground, the star purposely takes a hard fall in order to make her acting more realistic.

After Won Jin Ah accidentally hits her head on the floor, co-star Junho immediately rushes to her side with a concerned expression.

“Doesn’t your head hurt?” actress Park Hee Bon asks Won Jin Ah, who admits with a smile, “It does hurt.”

Junho worriedly tells her, “You’ll end up with a bruise. In the past, when I banged my head on a window, I had a huge lump here [on my forehead].” He then tenderly reaches out to check her head and see whether she’s all right.

Before they resume filming, Junho applauds her dedication. “Passionate acting,” he declares, clapping as he stands up to get back to work.

After they successfully wrap filming for the scene, the cast and crew head outside to enjoy a delicious barbecue together.