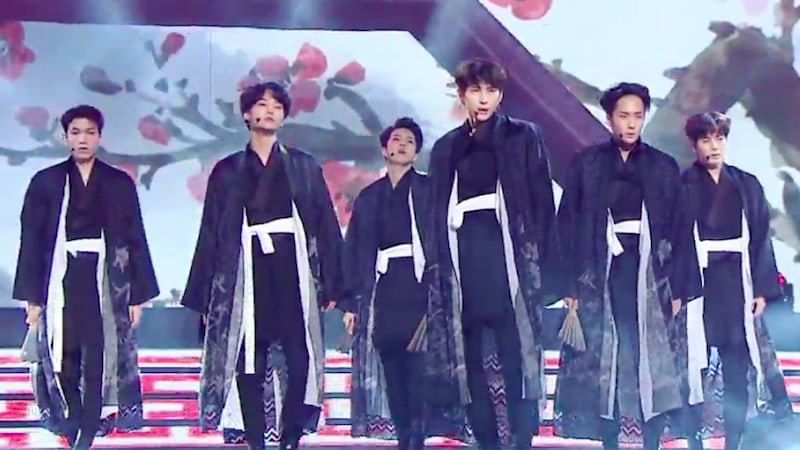 VIXX will be performing “Shangri-La” on a music show for the first time in months!

On January 3, Jellyfish Entertainment revealed, “VIXX is appearing on the January 6 episode of ‘Music Core.’ They will be singing ‘Shangri-La.'”

“Shangri-La” was released in May 2017, and music show promotions for the song ended in June 2017. However, the song has been experiencing a sudden surge in popularity after a recent performance.

VIXX’s “Shangri-La” remix performance at the 2017 MBC Gayo Daejejun on December 31 has consistently been ranked first in Naver TV’s ranking of most popular videos. The clip has exceeded 700,000 views on Naver TV and 300,000 views on YouTube, bringing the current total to over a million views. In addition, the song has been making appearances on Melon’s Sudden Rise chart, which indicates songs that have risen significantly from their previous chart positions.

Check out VIXX’s popular performance below: