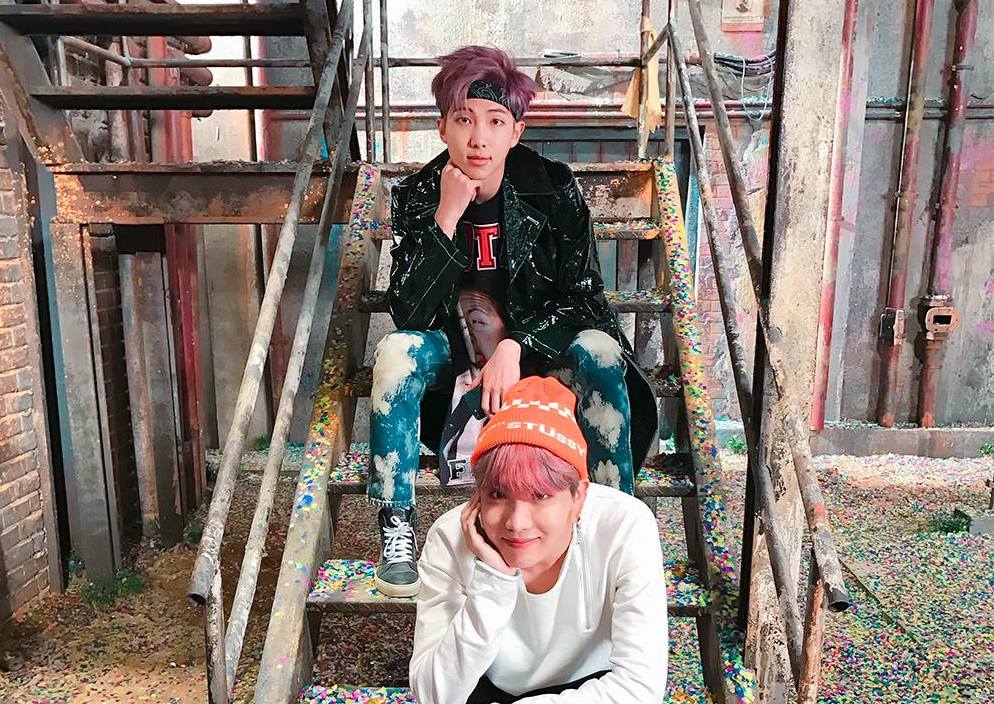 BTS leader RM has shared some of his thoughts on J-Hope’s much-anticipated mixtape!

J-Hope has often said that putting out a mixtape is one of his goals. He’s been working hard on his tracks, and fans got a listen to a possible outro for his mixtape during BTS’s Comeback Show in September.

On January 3, RM went live with a broadcast on Naver’s V Live to chat with fans. During the show, he said that he couldn’t reveal a lot since he’s not J-Hope himself, but he excitedly told everyone that he’d listened to a few songs from J-Hope’s mixtape, and gave a big thumbs up to the camera. “I was really surprised,” he said, and showed how impressed he was by clapping. 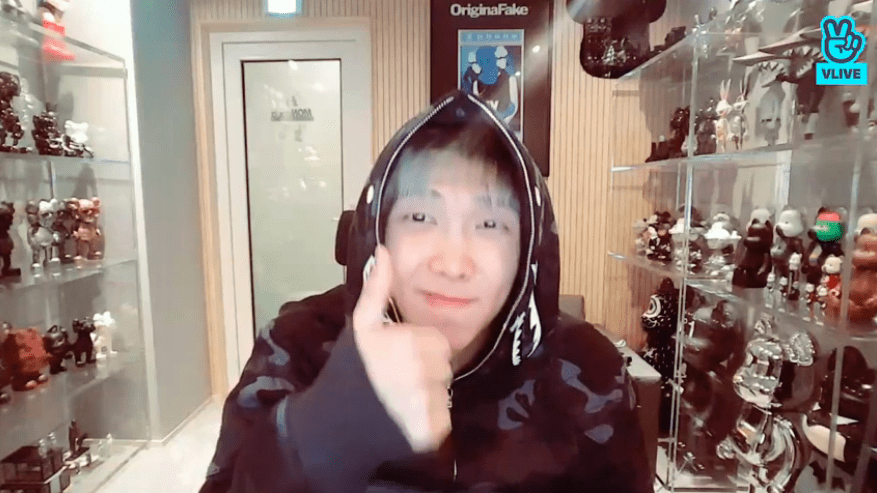 He said that listening to the mixtape made him recall some of his early memories of J-Hope, including when he was first blown away by his dancing as well as when J-Hope had first rapped at one of their monthly evaluations. “I realized that he’s now the kind of person who can make a work like this,” he said.

RM laughed as he explained that most of the members don’t share their music with each other while they’re still working on it, because it’s a bit embarrassing and they’d rather wait until they’re done.

“Although his tracks aren’t totally finished yet, he let me listen to a few of them,” said RM. He added that listening to the songs made him realize that although J-Hope used to lack confidence because he’d started out with dancing instead of making music, that’s no longer the case.

“To be honest, I thought that its quality is much better than my mixtape,” he said, explaining that they’ve all changed a lot since three years ago when RM released his own mixtape.

“J-Hope says that he devoted the entirety of last year to these tracks,” he said. After clapping for J-Hope again he added, “I want to listen to more of it really soon. I was really surprised.” 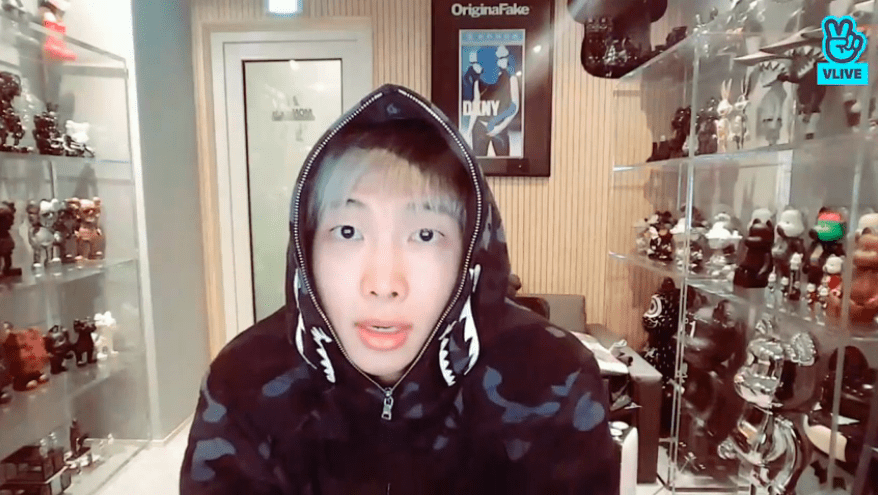 RM then added in English, “I was saying that you should definitely stay tuned for J-Hope’s mixtape.” He explained that although he doesn’t know when it’s coming out, “It’ll be awesome. I can guarantee. I was surprised and everybody will be surprised I think.”

BTS
J-Hope
RM
How does this article make you feel?