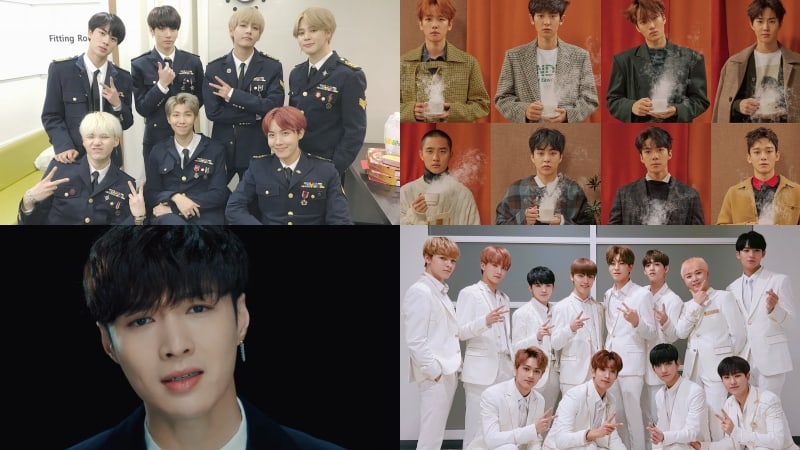 K-pop artists took many of the spots on Billboard’s World Albums chart this week.

On the World Albums chart for the week ending in January 6, BTS once again came in No. 1 with “Love Yourself: Her.” This is the album’s fifteenth week on the chart overall.

Meanwhile, BTS’s albums “You Never Walk Alone” and “WINGS” have both risen on the chart, coming in at No. 5 and No. 6 respectively this week.

EXO’s new winter album “Universe,” featuring the title track of the same name, has debuted on the World Albums chart at No. 2.

EXO member Lay’s “Winter Special Gift” mini album has come in at No. 8, while the group’s album “The War” has returned to the chart at No. 11, for its eleventh week overall.

SEVENTEEN’s second full album “TEEN,AGE” is also back on the chart, coming in at No. 10.

GOT7’s “7 for 7” has risen back on to the chart and is now at No. 13, and BLACKPINK’s “Square Two” has also returned for its twentieth week on the World Albums chart, now at No. 14. SHINee member Jonghyun’s “The Collection: Story Op.2” is at No. 15 after returning to the chart at No. 5 last week.

GOT7
EXO
SHINee
BTS
SEVENTEEN
BLACKPINK
Jonghyun (SHINee)
Lay
How does this article make you feel?