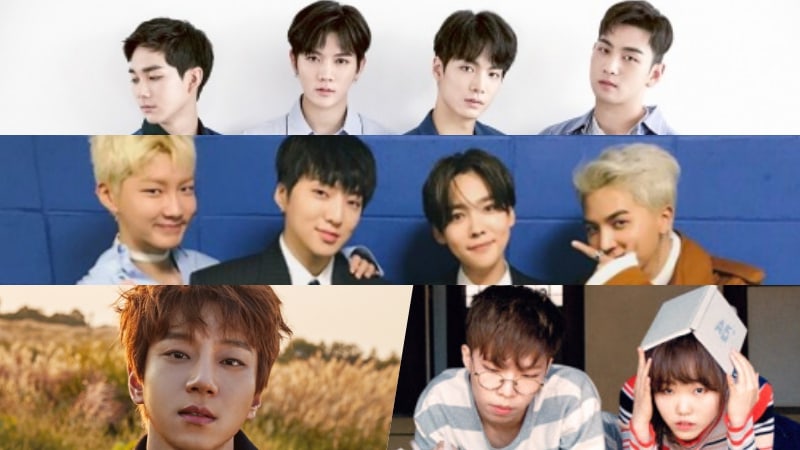 The 32nd Golden Disc Awards continues to impress with their third round of artists!

On January 4, it was revealed that Hwang Chi Yeol, NU’EST W, Akdong Musician, WINNER, and Hyukoh will be performing at the awards ceremony. Hwang Chi Yeol was an MC for last year’s ceremony and this year, he is a nominee for awards in both the digital and album categories.

For Akdong Musician, this is their first nomination at the Golden Disc Awards. As Lee Chan Hyuk is currently enlisted in the marines for his mandatory military service, his sister Lee Soo Hyun will be attending without him.

As previously announced, Yoon Jong Shin, IU, TWICE, and Wanna One, as well as EXO, BTS, GOT7, and SEVENTEEN, are part of the lineup as well. Packed with artists that have led the Hallyu wave and have received a lot of love this past year, many are anticipating the performances to be held at this year’s awards ceremony.

Which artist are you excited to see at the 32nd Golden Disc Awards?