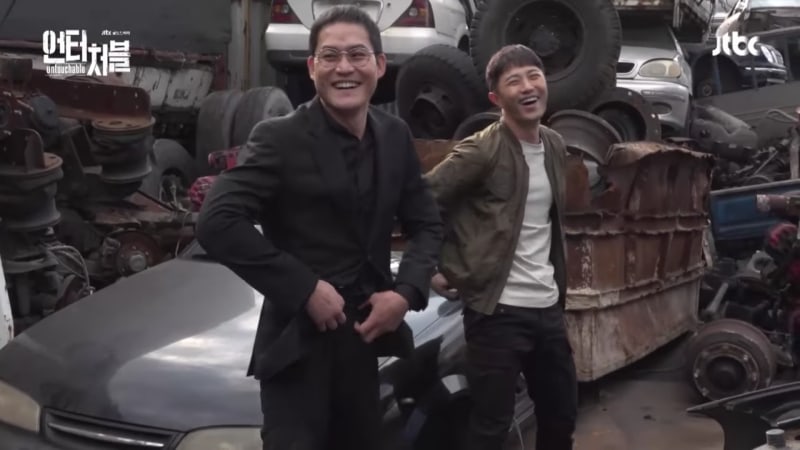 “Untouchable” has drawn in viewers with its gripping storyline and talented cast. Unlike their tense relationship on-screen, the two actors can be seen hugging and laughing with one another between takes in the new clips.

The video starts with the two actors filming a scene where Jang Joon Seo (Jin Goo) and Jang Ki Seo (Kim Sung Kyun) are talking while looking at the buildings below them. As soon as the director says cut, the on-screen brothers break out into bright smiles and look at each other.

Before shooting a fight scene in a car junkyard, Jin Goo greets Kim Sung Kyun who walks onto the set. Jin Goo looks worriedly at his on-screen older brother and says, “You must be really tired” while patting his back. Once the camera starts rolling, the two actors immerse themselves into the fight scene, but can’t help and joke around as soon as the scene is over.

Watch the latest making-of video below!

Kim Sung Kyun
Jin Goo
Untouchable
How does this article make you feel?