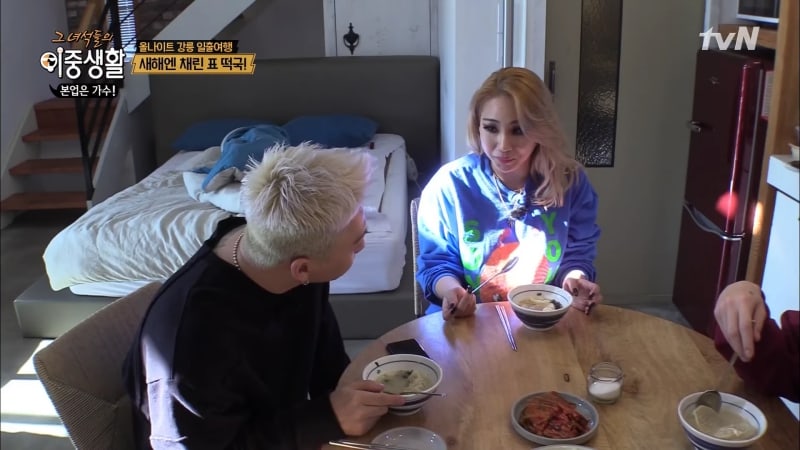 BIGBANG’s Taeyang Surprises CL With A Memory From The Past

BIGBANG’s Taeyang, CL, and Oh Hyuk celebrated the new year together on the January 4 episode of tvN’s “Livin’ the Double Life.”

CL made rice cake soup, a traditional Korean food eaten on New Year’s Day, and told others that the food was ready. Taeyang and Oh Hyuk sat down and the three artists began to eat.

CL said this would be her last rice cake soup since she’s going to the United States. Taeyang replied, “You can make rice cake soup in the U.S.,” to which CL pointed out that it wouldn’t be possible there because she made the rice cake soup with broth that was made by her grandmother.

Taeyang then mentioned, “A while ago, there was a time when CL stayed and lived in the studio because the album hadn’t been released. I remember both of us didn’t go home and CL made us rice cake soup.”

CL looked surprised as she responded, “I think that was nine or ten years ago.”

The show then aired footage of 2NE1 and BIGBANG members practicing during their early years and a photo of CL and Taeyang together. As a panel member watching the clip in the studio, Sandara Park explained, “Back then, 2NE1 and BIGBANG’s dorms were in the same apartment building. We saw each other often.” She added that watching this at home alone would have made her cry.

In her personal interview, CL stated, “I didn’t think Taeyang would remember when we made and ate rice cake soup together. I was surprised that he remembered.”

At the table, Taeyang said, “It’s delicious. It tastes just like the rice cake soup that we ate back then.” 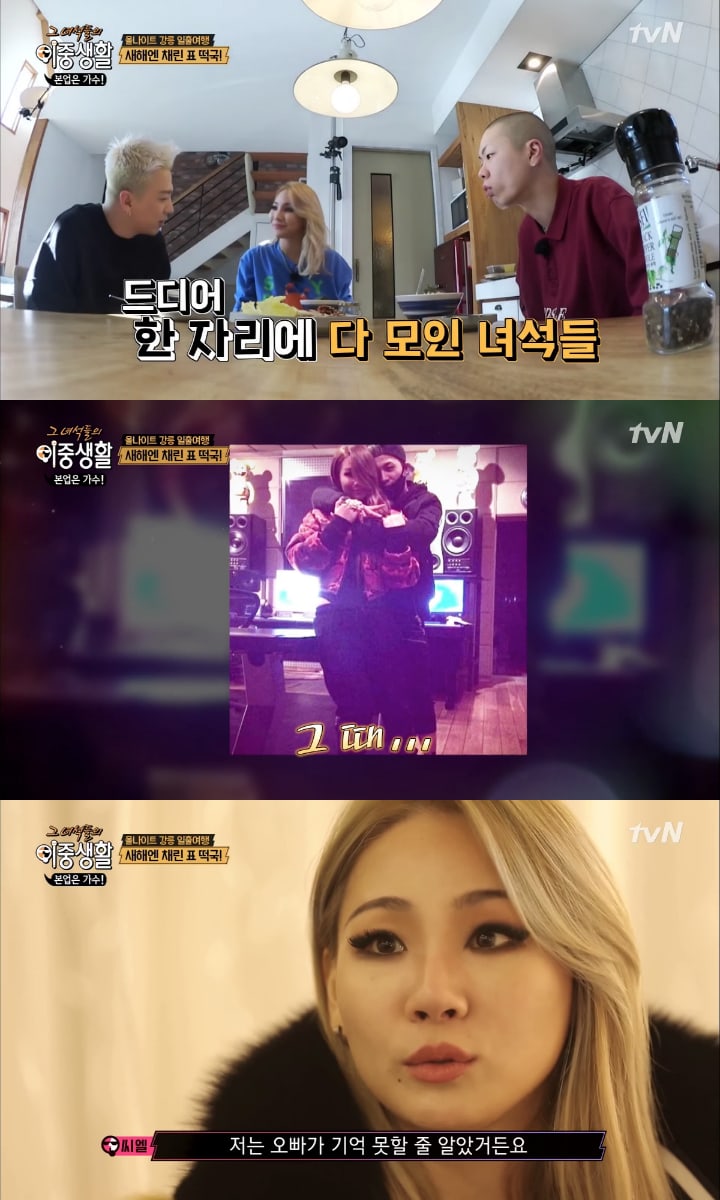 Watch Taeyang and CL reminisce about their past together below!

BIGBANG
CL
Taeyang
Livin' the Double Life
How does this article make you feel?