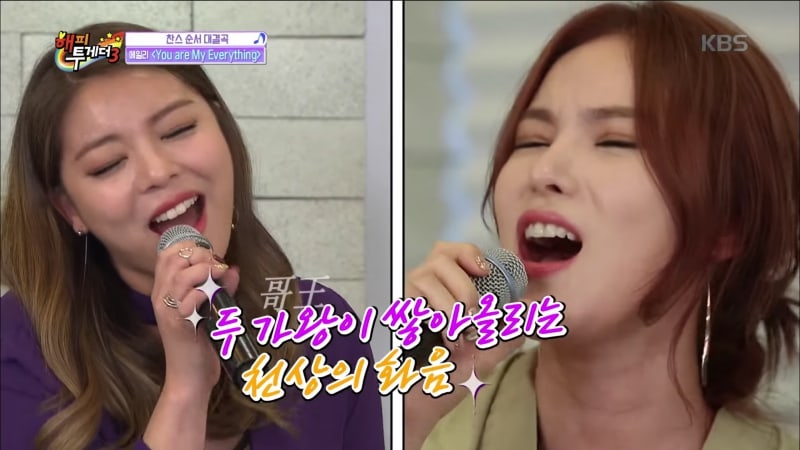 Watch: Ailee And Gummy Sing Each Other’s OSTs From “Goblin” And “Descendants Of The Sun”

Ailee and Gummy surprised viewers with amazing performances of OSTs on the January 4 broadcast of KBS2’s “Happy Together.”

The two queen vocalists joined Bolbbang4 and Rhythm Power on the “Sing My Song” segment of the variety show, where singers wait for people to sing their songs and then surprise them by joining them in the karaoke room.

Before surprising the customers, each singer got to sing a song of their choice in order to compete for the use of chances later on the show. The MCs mentioned that Gummy sang many OSTs throughout her career and asked her to choose her favorite.

She chose “You Are My Everything,” her most recent OST for “Descendants of the Sun” and added that it’s more rewarding when the actors like it. Then, Ji Suk Jin brought up the story of how Song Joong Ki gifted Gummy with a designer bag after she appeared at one of his overseas fan meetings. Gummy commented, “He is really polite” and revealed that she and Song Hye Kyo have not yet met, although they have been meaning to do so. 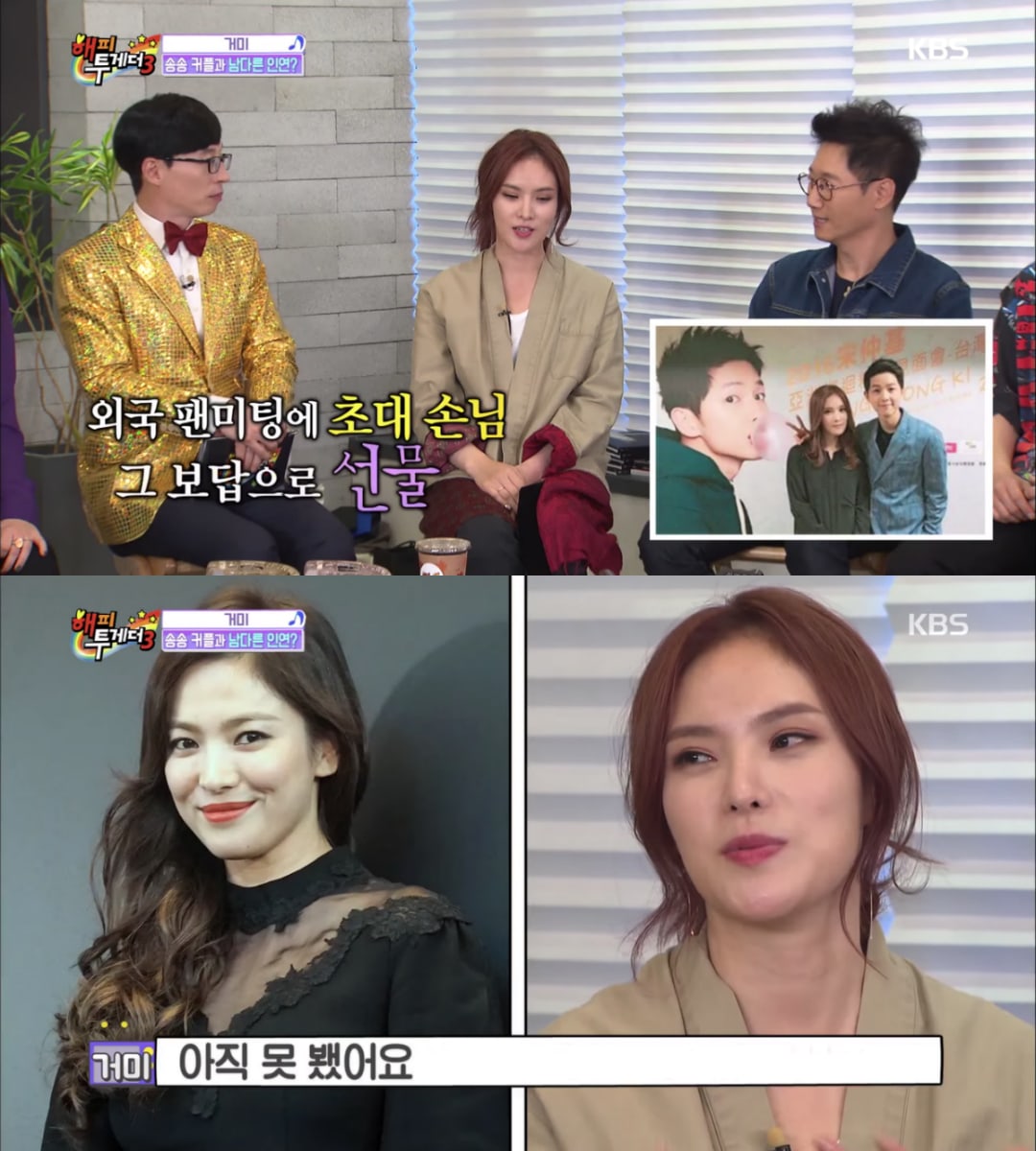 Gummy then wowed everyone with her rendition of Ailee’s “I Will Go To You Like the First Snow,” an OST from the popular drama “Goblin.” As soon as she sang the first verse, everyone was swept away by her voice. After the song was over, Ailee commented, “I think it sounded like it was Gummy’s song. A senior is a senior. When singers sing another singer’s song, they make it sound like their own. It felt like that and sadder.”

Ailee returned the favor and announced she would be singing Gummy’s “You Are My Everything.” She stated that she and Gummy had not coordinated this OST swap and that these were the songs they had originally planned to sing.

Ailee blew everyone away with her powerful version of the “Descendants of the Sun” OST and Gummy joined her at the end for a harmonious duet. After their beautiful duet, they hugged after receiving a standing ovation from the other MCs and guests.

Gummy said, “I am such a fan of Ailee. It sounded elegant like a foreign pop song.”

Watch the full episode of “Happy Together” now!

Ailee
Gummy
Happy Together
How does this article make you feel?