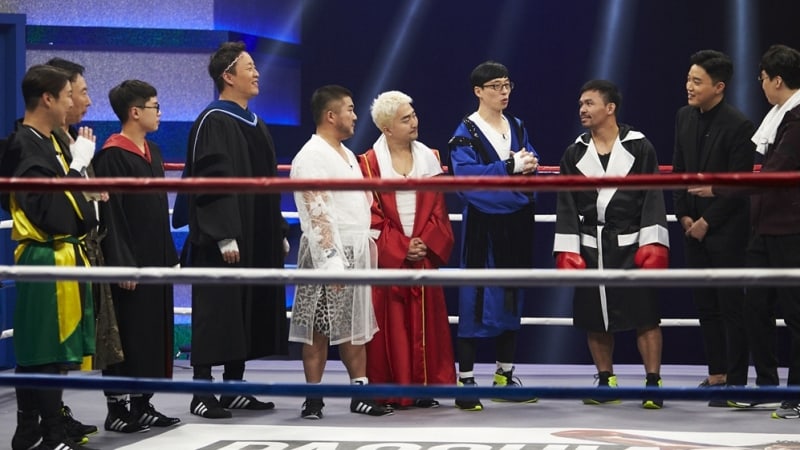 Ahead of the upcoming broadcast of “Infinite Challenge,” the show has released stills of the members preparing to spar against world champion boxer Manny Pacquiao.

Last week’s episode showed the members meeting Manny Pacquaio for the first time. The fighter unexpectedly won over the members by playing around with them and laughing at their jokes.

According to the staff, it was a completely different atmosphere when he stepped into the ring for matches. He perfectly transformed into a professional boxer and appeared with a prepared look in his eyes. The members were reportedly nervous and couldn’t look away seeing this fighter side of Manny Pacquiao. 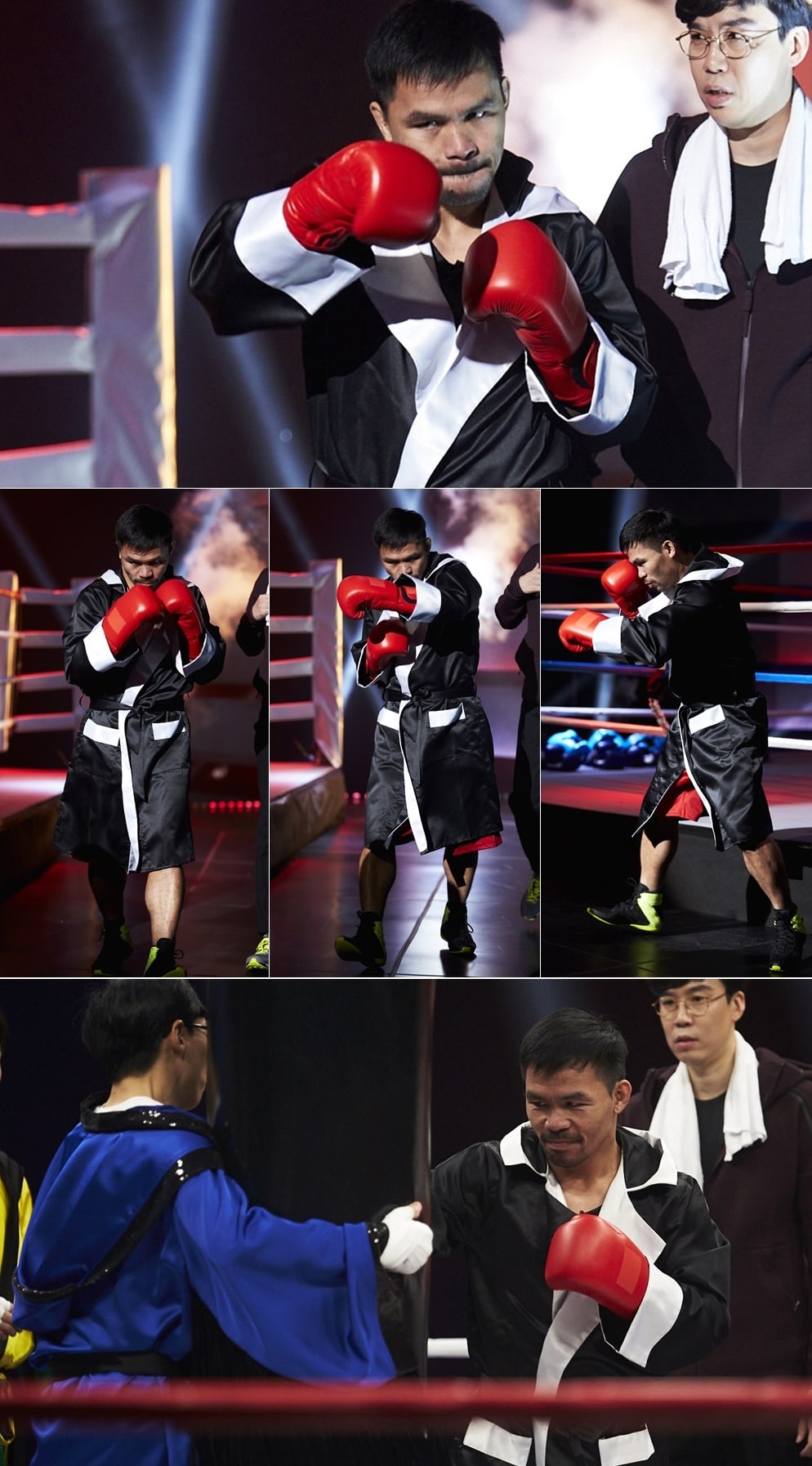 Also, before he stepped into the ring, the champion boxer showed off his punches and steps, instilling fear and awe.

The stills raise viewers’ anticipation for the sparring match between the six members and the fighter, and what the members have up their sleeves as their secret weapon to beat Manny Pacquaio.