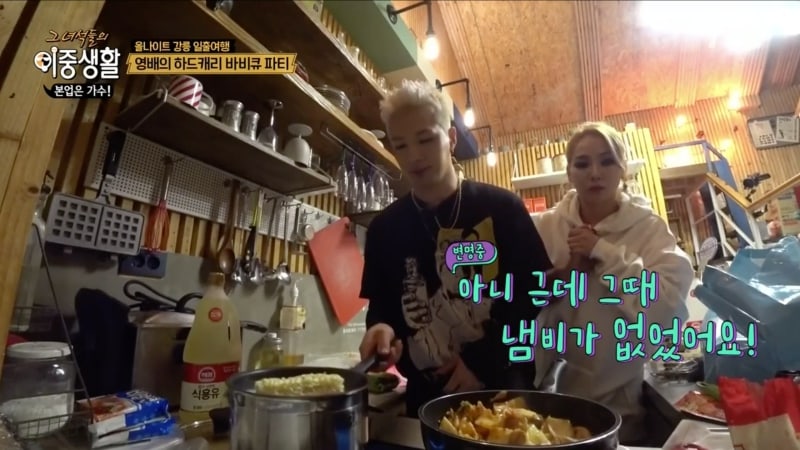 BIGBANG’s Taeyang impressed viewers with his cooking skills on the January 4 broadcast of tvN’s “Livin’ the Double Life.”

On this episode, Taeyang, CL, and Oh Hyuk went on a trip together to Gangneung. While CL had something scheduled, Taeyang and Oh Hyuk went grocery shopping together. The two singers’ relationship is not as close as Taeyang and CL’s, so Taeyang tried hard to start a conversation by asking Oh Hyuk lots of questions.

Taeyang also showed how he was a caring older brother to CL, who he has known for 13 years. He went to pick her up after her schedule was finished and made her laugh with jokes once she got in the car. When CL said she hadn’t eaten anything all day, he went into the kitchen to cook. 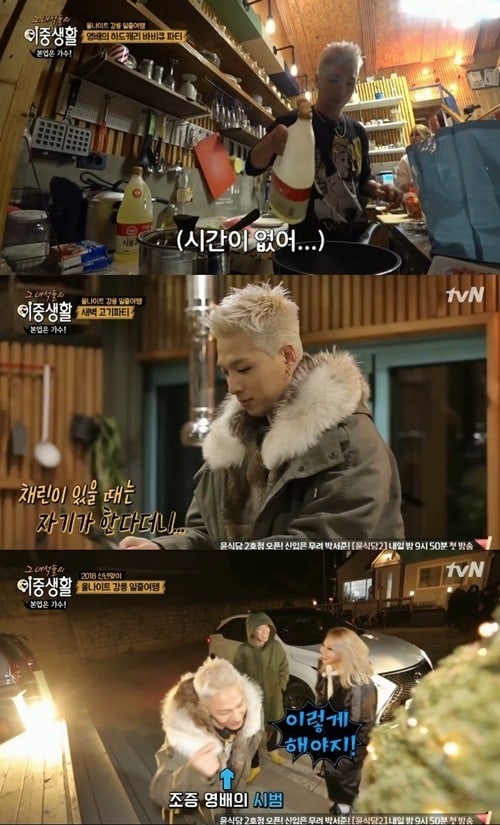 When he saw CL in front of the grill, he said, “I’ll do it” so she wouldn’t have to stand in front of the hot fire and grill meat. However, after she left, he had some difficulty with the torch and asked the staff for help. He walked back and forth between the grill and the kitchen to cook spicy ramen noodles for CL and kimchi stew at the same time.

The MCs watched and asked, “When did he learn to cook like that?” and praised his cooking skills. Thanks to Taeyang’s culinary skills, the three artists were able to enjoy a delicious dinner together.

BIGBANG
Oh Hyuk
CL
Taeyang
Livin' the Double Life
How does this article make you feel?