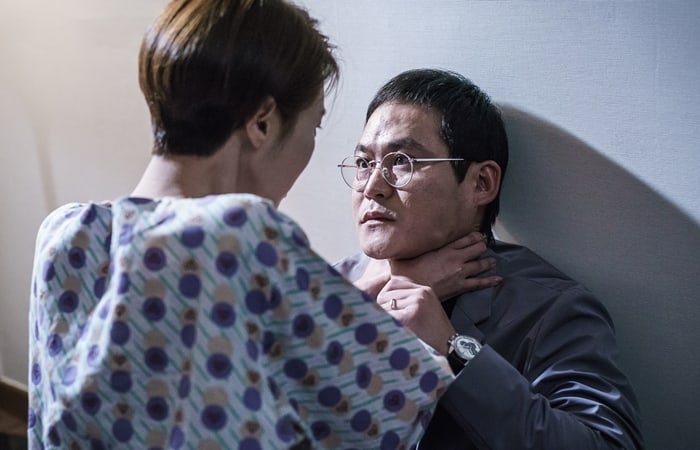 JTBC’s Friday-Saturday drama “Untouchable” released new stills on January 5, ahead of the broadcast of its 11th episode.

However, while he was chasing her trying to get her to stay, she got into a car accident and ended up losing the baby. While living as his wife, she had suppressed her emotions, but she finally exploded after this incident.

In the stills, Go Jun Hee is choking Kim Sung Kyun with her bare hands. Her character is using all of her strength to choke him and Kim Sung Kyun is red in the face and looks as if he is about to pass out. He also has a shocked expression on his face, seeing his wife’s emotional rage for the first time. 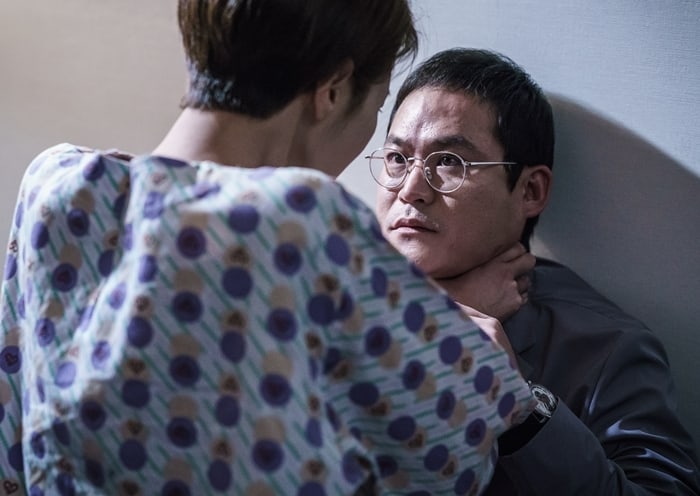 For viewers who have not seen his side of her before, it is a shocking preview of what’s to come in this drama and raises questions as to how their relationship will change.

This scene was filmed in the beginning of November at a hospital in Yangsan. The two actors talked a lot about the scene before filming, since this was an important scene that highlighted their characters’ heightened emotions. Kim Sung Kyun and Go Jun Hee reportedly had a hard time calming down after filming, and the staff was amazed at their enthusiastic performance.