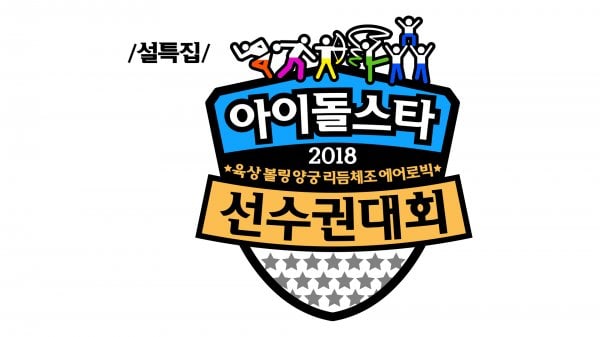 MBC has confirmed its final lineup for three of its categories for the “2018 Idol Star Athletics Championships.”

On January 3, MBC had already confirmed that the event would be taking place, and that filming for scheduled for January 15 at the Goyang Indoor Gymnasium. Now, the production staff has finalized the lineup for each of the sports categories, increasing fans’ curiosity for what’s to come.

First, the rhythmic gymnastics category will be joined by Cosmic Girls’s Cheng Xiao, gugudan’s Sally, CLC’s Seungyeon, LABOUM’s Haein, APRIL’s Rachel, and DreamCatcher’s JiU. It will be interesting to see whether Cheng Xiao will be able to win her second gold medal, or if a new queen of rhythmic gymnastics will emerge.

For aerobics, which gained a lot of attention when it was first showcased in the “2017 Idol Star Athletics Championships,” will feature last year’s gold medal team ASTRO, as well as UP10TION, The Boyz, IMFACT, Golden Child, and ONF. Each group is set to prepare a routine that highlights their group’s talents and unique color, and it remains to be seen whether ASTRO will be able to keep their crown.

Popular idols are set to show what they’re made of in the archery category, the representative sport of the “Idol Star Athletics Championships” that idols most want to participate in. For the women’s competition, girl groups TWICE, Red Velvet, GFRIEND, Lovelyz, gugudan, DIA, and Oh My Girl are set to battle it out while for the men’s competition, there will be BTOB, VIXX, SEVENTEEN, MONSTA X, NCT 127, UP10TION, and NU’EST W.

Members of EXO and Wanna One are said to gearing up to participate in the bowling category of the competition, but the final lineup for bowling has not yet been released.