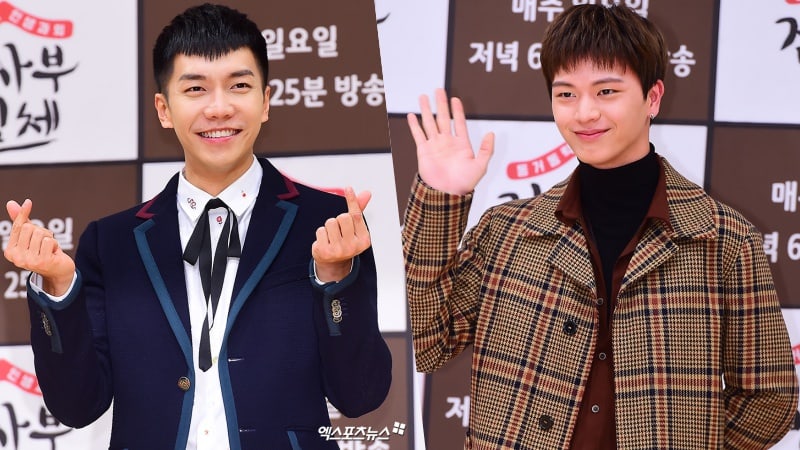 During the press conference for SBS’s new variety show “Master in the House,” BTOB’s Yook Sungjae opened up about having the opportunity to work with his role model, Lee Seung Gi.

When asked if he’s picked up any tips from Lee Seung Gi, Yook Sungjae replied, “I think we have slightly different styles. He’s someone I really want to learn from in all things, not just variety shows, but I have the kind of personality where I find it hard to let go of things I already have. I can’t say that I’ve learned and absorbed a lot from him yet, but I believe that I will learn so much from him in the future.”

He jokingly added, “Lee Seung Gi keeps talking about his experience in the army, so I can’t relate to him sometimes. I listen carefully to his stories because I feel like there is something I can learn from his experiences, but I think I might be able to learn more if he stopped talking about the army.”

“Master in the House” follows the four celebrities as they visit “Masters” and learn about life by emulating their lifestyles. The first episode aired on December 31 and the show airs every Sunday at 6:25 p.m. KST.

Lee Seung Gi
BTOB
Yook Sungjae
XPN
Master in the House
How does this article make you feel?