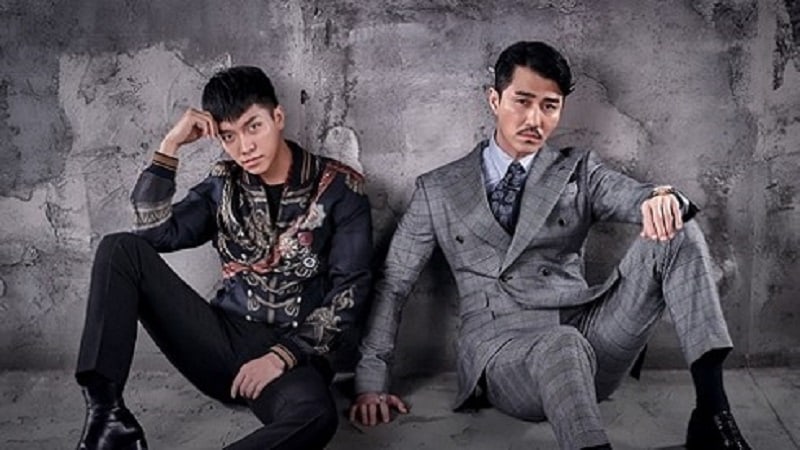 After news earlier this week about tvN’s “Hwayugi” potentially being ordered to halt filming, “Hwayugi” issued a statement today saying the drama will be resuming normal broadcasts this week, starting with episode three on Saturday, January 6.

In an official statement released on January 5, tvN and production company JS Pictures apologized to the staff member who sustained severe injuries on set, and explained what changes they made in order to improve working conditions and drama production quality.

JS Pictures and tvN said, “We bow our heads in apology for the accident that occurred on the ‘Hwayugi’ set on December 23, the broadcasting issues on December 24 during episode two, changes in the broadcast schedule, and the various issues regarding production, irrespective of the reasons behind the issues.

“More than anything, we sincerely apologize to the staff member involved in the accident and his family. JS Pictures and tvN are deeply aware of the gravity of the accident.

“Because he is someone who worked with us on ‘Hwayugi’ production and is like family, our first priority is to take appropriate measures as soon as possible. Discussions have been proceeding smoothly with the lawyer hired by the staff member’s family, and with the family’s permission, we will be personally making a visit this Sunday (January 7) to express our deepest apologies.”

The statement also outlined measures taken by the drama production in order to prevent any issues or accidents from occurring again, including bringing on an additional director and CG companies to work on the drama.

“First, for the improvement of work and drama production conditions: all drama staff are guaranteed one to two days of rest each week; director Kim Byung Soo, who worked on the dramas ‘Nine: 9 Times Time Travel’ and ‘Bride of the Water God,’ will be joining the drama; and regarding the broadcasting issues from December 24, after discussions with the CG company we are working with now, we have decided to work with additional CG companies to fill in any holes.

“Regarding safety on set, we have not been ordered to halt filming by the Ministry of Employment and Labor (MOEL). However, for the four-day period of December 30 through January 2, we voluntarily suspended filming for an internal safety inspection. In addition to this, we have improved on all issues pointed out to us by the MOEL, and we are actively working to smooth any other imperfections on set. After consulting with a certified safety management company, we will be making additional reforms of our facilities and safety management system.”

Closing, JS Pictures and tvN announced the return of “Hwayugi” this week, and once again apologized to the staff member who was hurt on set, as well as the viewers of “Hwayugi.”