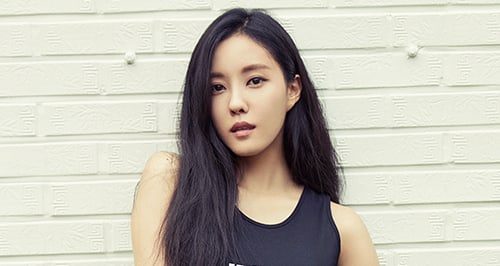 Someone allegedly close to Hyomin has stated to a news outlet, “Hyomin and A met for the first time at a wine gathering. There are people from many different industries involved in the gathering, including from media groups.” They added, “Hyomin and A’s relationship is just that of two members of a gathering sharing their worries and candidly interacting. They are not dating.”

The source went on to deny any truth behind the reports that Hyomin and the media group head are planning marriage or that their parents are aware of a relationship between them.

According to reports, T-ara’s Hyomin has been in a relationship with the head of a media group since the second half of 2017.

Her former agency MBK Entertainment was asked about the situation, to which they replied, “She is no longer signed on with our agency and this is a personal matter, so we know nothing about the matter.” An official statement may be difficult to obtain as Hyomin is currently not signed under an agency, due to the fact that it was recently announced that the members of T-ara had left MBK Entertainment without disbanding.

Soompi Spotlight
Hyomin
T-ara
How does this article make you feel?