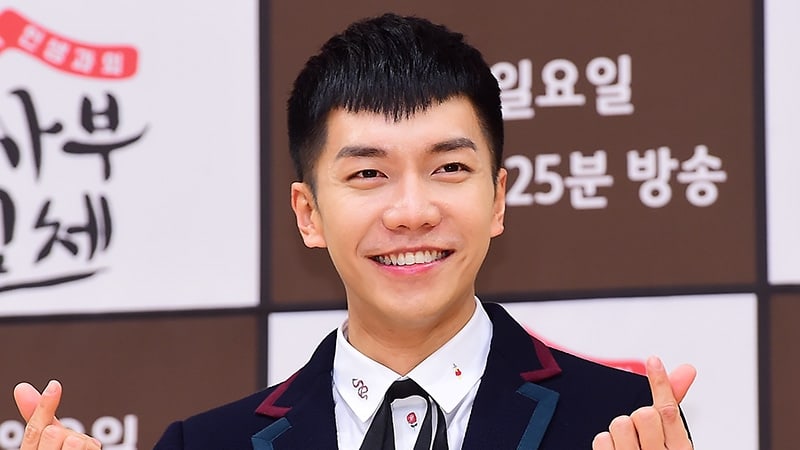 Lee Seung Gi has revealed that his new show, “Master In The House,” has forced him to change his approach to variety shows!

On January 5, at a press conference for “Master In The House,” the actor talked about how the show differed from the other variety shows he’d appeared on in the past.

“The format for filming ‘Master In The House’ was extremely different from the variety shows I used to be on,” he remarked. “The subject matter itself is different. It’s not just the cast filming the variety show by ourselves. Instead, the goal is for us to ultimately gain something from our encounter with the ‘Masters,’ through experiencing their daily routines and lifestyles.”

Lee Seung Gi admitted that he found the show’s relaxed style challenging. He confessed jokingly, “I’m currently worried because there are no games or scripted talk segments during the episodes.”

He went on, “Because this is my first time on an ‘observation-style’ variety show, I’m still not used to it. Even when we were filming, I kept worrying about how this would be edited and broadcast on television. It was only when I was watching the first episode that I started to figure out what the show would look like.”

Lee Seung Gi also shared that “Master In The House” had led him to rethink his approach to filming variety shows. “I’m used to the old style of variety show,” he said, “so I have the compulsive idea that there has to be a constant stream of laughter and there can never be any kind of lull.”

He continued, “But I realized that we had changed so much in the time from when we first awkwardly met the ‘Master’ to when we left the house at the very end. I think it would be good to focus on the process of that change.”

The star added optimistically, “I think that as we figure things out step by step, we’ll naturally develop our own unique style.”

SBS’s “Master In The House” follows Lee Seung Gi, BTOB’s Yook Sungjae, Lee Sang Yoon, and Yang Se Hyung as they learn about life by visiting the houses of various eccentric ‘Masters’ and emulating their lifestyles. The show airs on Sundays at 6:25 p.m. KST.

Check out the first episode of “Master In The House” below!