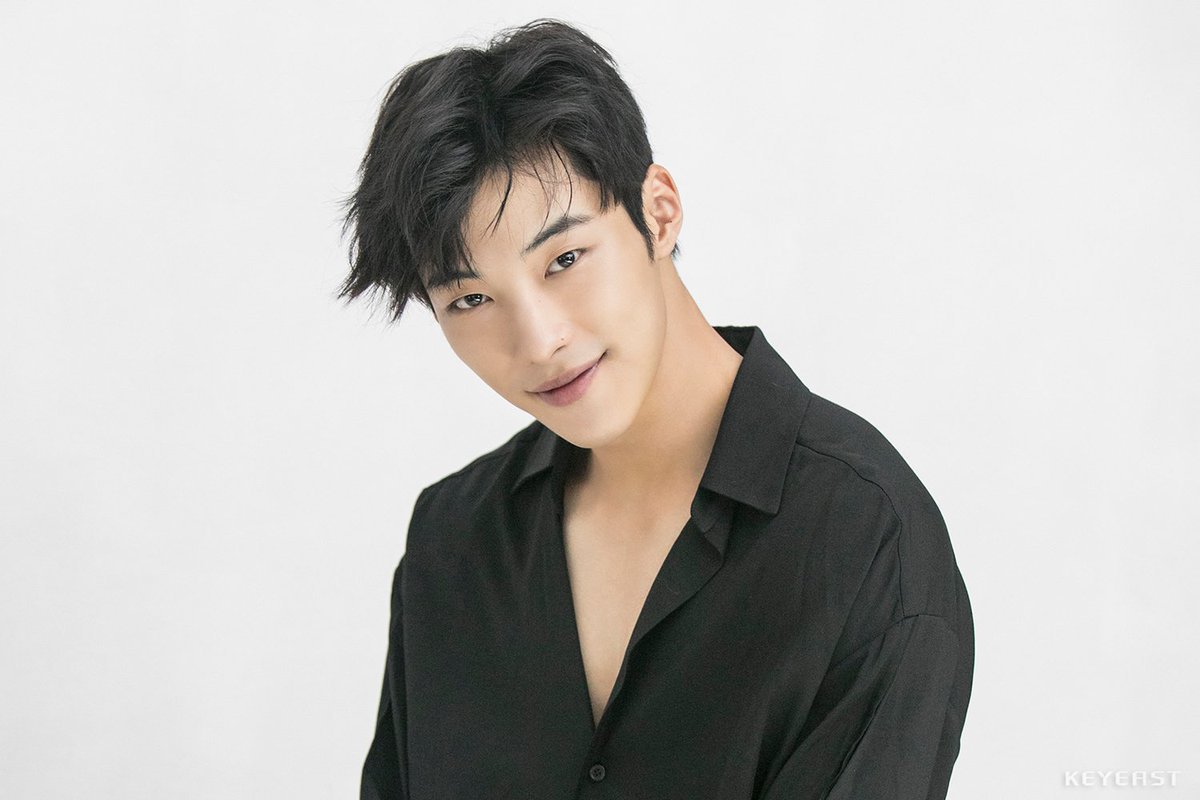 On January 5, actor Woo Do Hwan made an appearance on KBS’s “Entertainment Weekly” as one of the stars to light up 2018.

Woo Do Hwan recently made a name for himself playing Kim Min Joon in the drama “Mad Dog.” When asked about his similarity to the character, Woo Do Hwan said, “I think we’re about 35 percent the same. We’re not very similar, right?”

In response to a question about the most difficult part of playing Kim Min Joon, he said, “Speaking German.” He was prompted to say something in German and said one phrase, “Entschuldigung” (general apology or excuse). 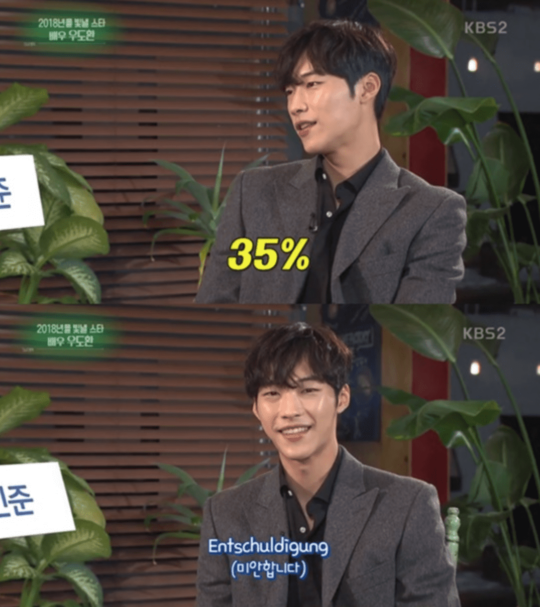 He shared that he had made a big change in the new year, having recently moved out on his own. “I like fried eggs a lot,” he said. “I eat four at once. More than that is a luxury.”

Then Woo Do Hwan shared his hopes for 2018. “I want to hear that I’m a relatable and friendly actor,” he said. “I hope that my standard for happiness doesn’t change [in the new year]. I’m happy seeing the faces of my parents watching my projects. I hope that standard doesn’t change.”

In the “Rewrite Your Resume” segment, Woo Do Hwan picked his best physical traits as his voice and eyes. “This question was the most embarrassing,” he said. “I didn’t know what to write.” 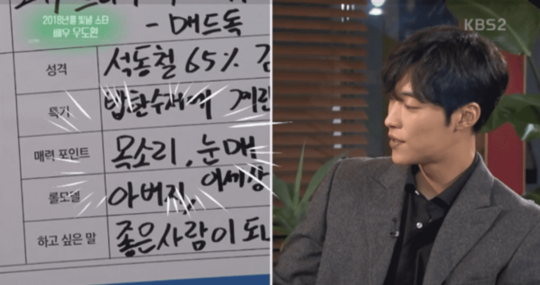 Woo Do Hwan will next appear in the “Dangerous Liaisons” remake with Red Velvet’s Joy.

Entertainment Weekly
Woo Do Hwan
How does this article make you feel?