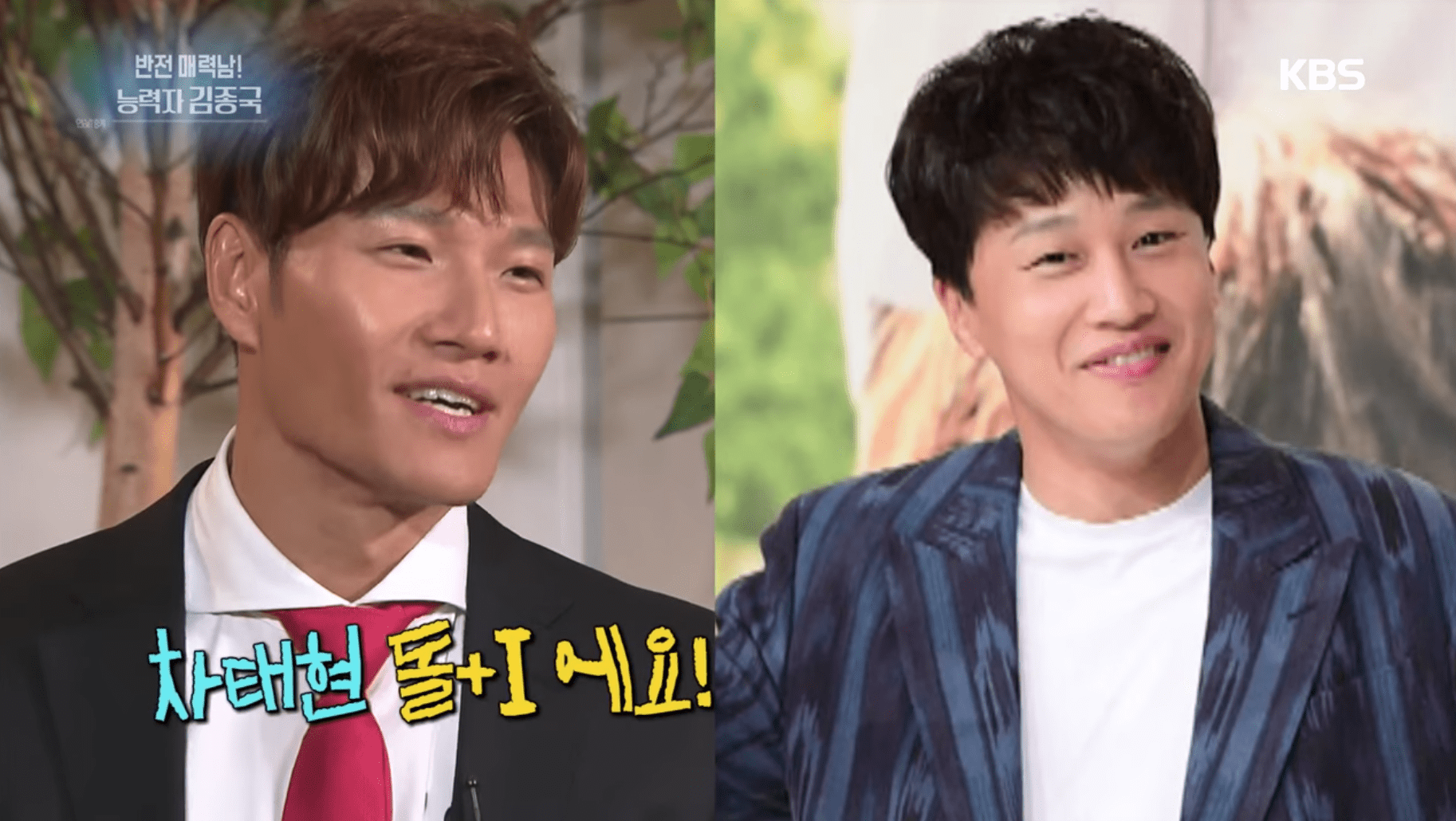 On January 5, Kim Jong Kook appeared on the KBS show “Entertainment Weekly” and talked about rumors surrounding his love life.

Kim Jong Kook said, “Cha Tae Hyun is crazy. All of a sudden he was like, ‘Do you know why Kim Jong Kook goes to the United States with his mom? It’s because he has a family there.’ Since he’s such a close friend of mine, people started to misunderstand. It’s definitely not true and I think I have to sue him now.”

The reporter then wondered if he was currently lying when he said he didn’t have a girlfriend, but he firmly denied it.

Cha Tae Hyun
Kim Jong Kook
How does this article make you feel?