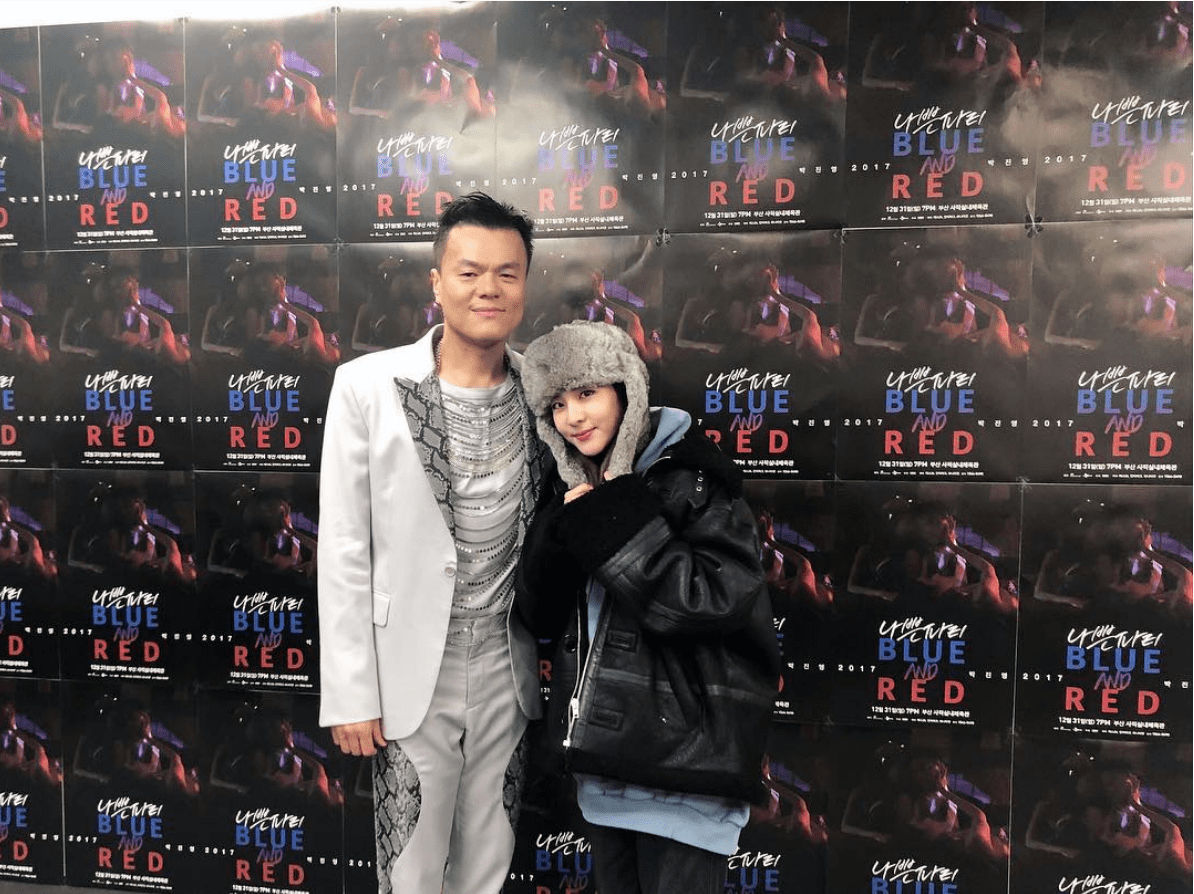 On January 5, Sandara Park posted a snapshot she took with Park Jin Young.

In the caption, she wrote, “The legendary songs that I grew up with and bring back memories. From the beginning to the end of the concert, I could sing along to all the songs… There were so many touching and relatable stories. Hot performances fitting for ‘Bad Party’. #GodJinyoung.”

Park Jin Young held a series of concerts in December titled “Bad Party: Blue and Red.” In the photo with Sandara Park, the posters behind them indicate it was the one in Busan on December 31.

Sandara Park
Park Jin Young
How does this article make you feel?