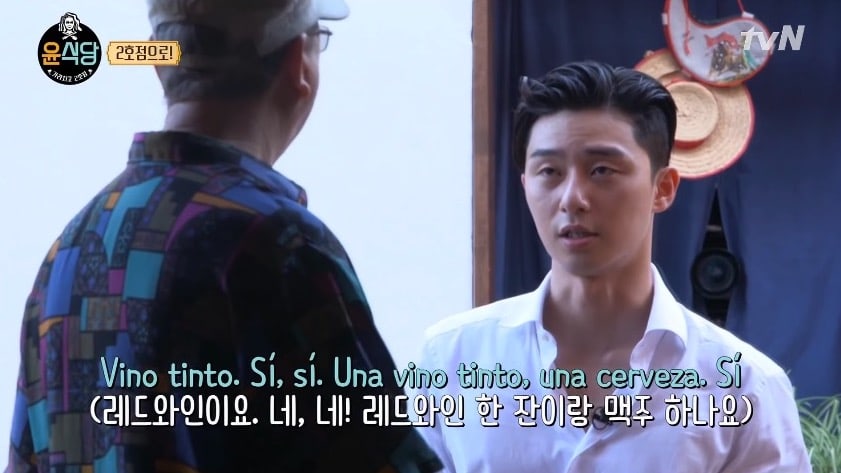 Park Seo Joon studied Spanish hard so that he could communicate in Spain while filming “Youn’s Kitchen 2,” and his work really paid off!

In the January 5 premiere episode of tvN’s “Youn’s Kitchen 2,” the cast traveled to Spain to take on the task of opening a Korean restaurant in the village of Garachico on Tenerife Island.

On their thirteen-hour trip to Spain, fellow cast member Jung Yoo Mi quizzed Park Seo Joon on his Spanish, and he kept impressing her with how many phrases and words he knew. After Jung Yoo Mi gave up and went to sleep, Park Seo Joon kept on studying hard on the plane.

It turned out that Park Seo Joon had learned some phrases for serving, grocery shopping, and more from a Spanish friend.

The premiere also shared some clips of Park Seo Joon being able to communicate with their customers in Spanish and impressing his fellow cast members.

Watch Park Seo Joon studying hard and putting what he learned to good use in Spain below!