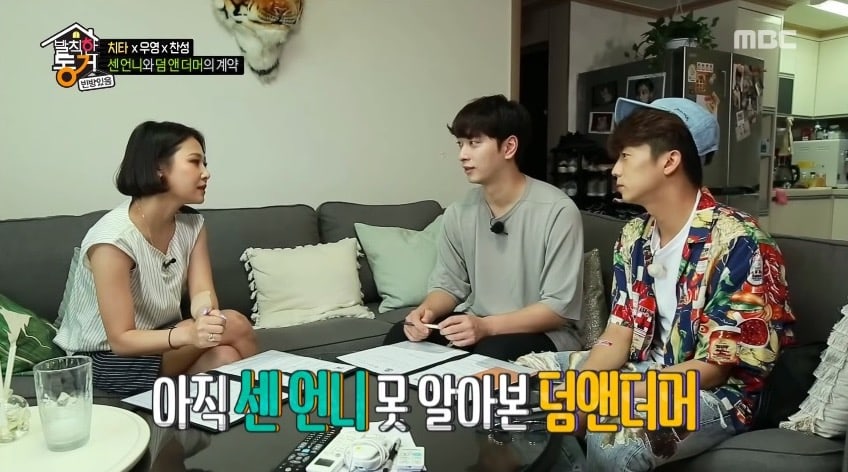 On the January 5 episode of MBC’s “Insolent Housemates,” Wooyoung and Chansung arrived at Cheetah’s house, where they would be staying for the show. Wooyoung was surprised to see Cheetah’s face at home compared to her usual persona, and asked, “Is this the same person?” Cheetah responded with a laugh, “Am I that different that you can’t recognize me?”

Regarding their new living situation, Wooyoung smiled as he remarked, “I feel comfortable though because we are all musicians.”

Cheetah then shared her living requirements, which were to not fight, to drink together, and to go on a “date.” On the other hand, Wooyoung and Chansung’s requirement was to live together freely.

Once they discussed their living situation, the three housemates decided to go to the market to buy food for their barbecue. Chansung prepared a seasoned scallion dish that both Wooyoung and Cheetah praised as delicious. 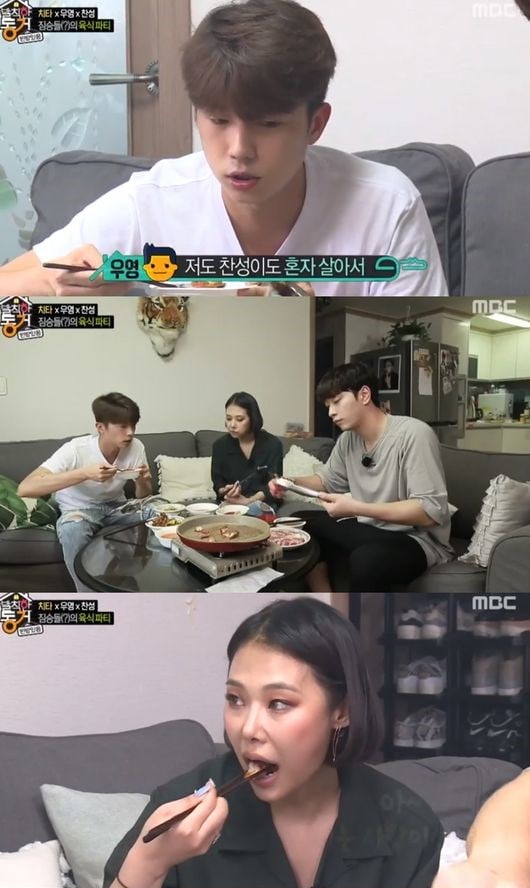 When Chansung began grilling the meat, he explained, “It tastes good if it’s slightly burnt.” Once Cheetah tasted the meat, she complimented Chansung, “You’re really good at grilling meat.”

As they ate, Wooyoung shared, “Chansung and I live by ourselves so we always eat alone. It’s been awhile since I’ve eaten with others, especially with another celebrity around the same age.” Chansung added, “I think we are all kind of like loners.” 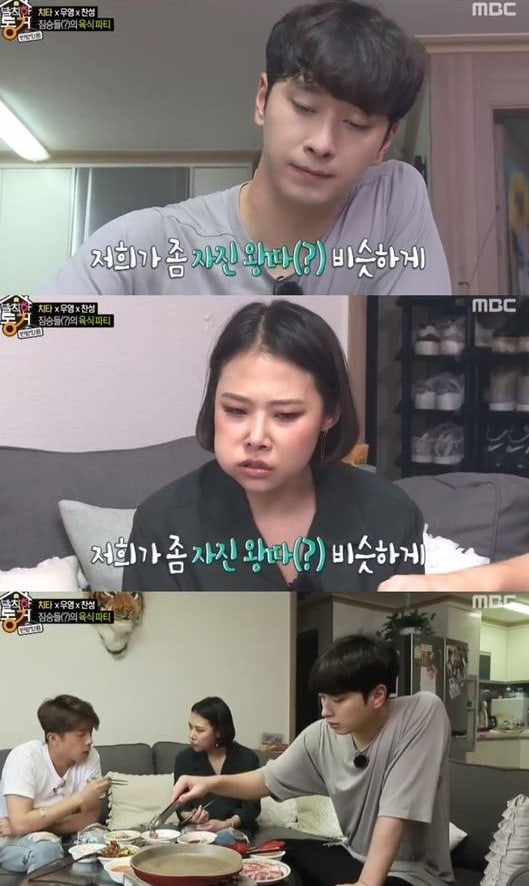 Check out more of the trio’s time together in January 5’s episode of “Insolent Housemates.”

Cheetah
2PM
Chansung
Wooyoung
Insolent Housemates
How does this article make you feel?