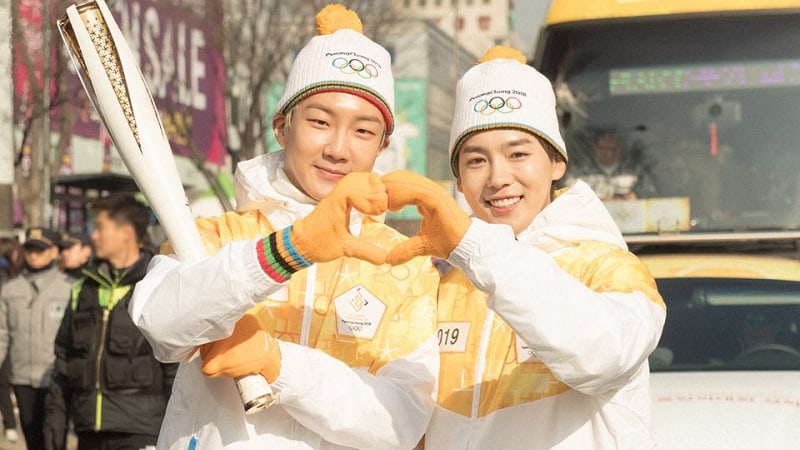 On January 5, WINNER members Lee Seung Hoon and Kim Jin Woo participated in the torch relay for the 2018 Pyeongchang Olympics.

The two members began their relay in the city of Suwon and waved to residents, posed with the Coca-Cola bear mascot, and chanted the official cheer with the staff on site. While running with the torch, Kim Jin Woo and Lee Seung Hoon made heart gestures with their hands and waved to the camera to send their love to those watching via livestream.

Lee Seung Hoon and Kim Jin Woo also posted multiple photos of themselves from the event on their Instagram accounts. In the captions, Lee Seung Hoon wrote “An honor for my family,” and included hashtags such as “Good luck, Pyeongchang Olympics.”