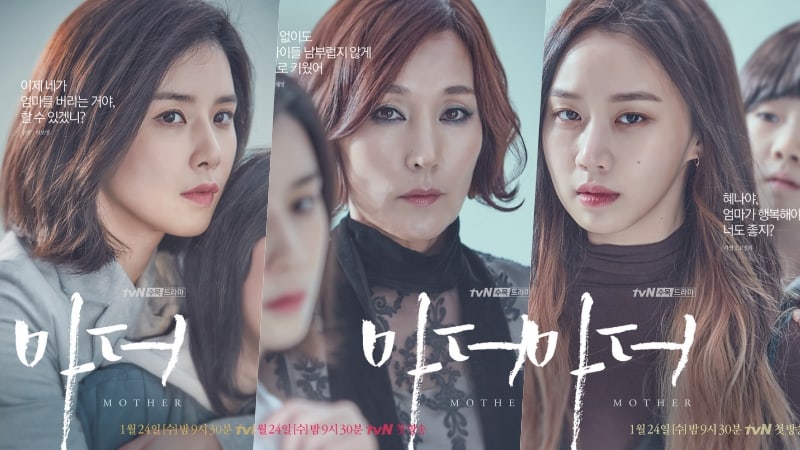 tvN’s Wednesday-Thursday drama “Mother” has released new stills, character posters, and a teaser ahead of its upcoming premiere.

“Mother” is based on the well-made Japanese drama of the same title that won four awards at the Tokyo Drama Awards. Lee Bo Young will play the role of Soo Jin, a woman who is too cold to be a mom, but becomes the mother of an eight-year-old girl named Hye Na (Heo Yool) who was abandoned by her birth mother.

In the photos, Soo Jin (Lee Bo Young) and Hye Na (Heo Yool) hug each other and look at the snow falling from the sky. Soo Jin smiles looking at the snow and at Hye Na, and affectionately touches the little girl’s face. Hye Na is taken with Soo Jin and trusts her like her own mom, which made Soo Jin decide to become her mother.

This scene was filmed in November in the city of Incheon. It actually snowed on the day of filming and the two actresses were able to create a fairytale-like scene that showed the growing relationship between the mother and daughter.

A source from the drama said, “Please watch Soo Jin’s transformation as her empathy for Hye Na turns into motherly love. We will deliver a drama with a message that will warm and console your hearts this cold winter, so please look forward to it.” 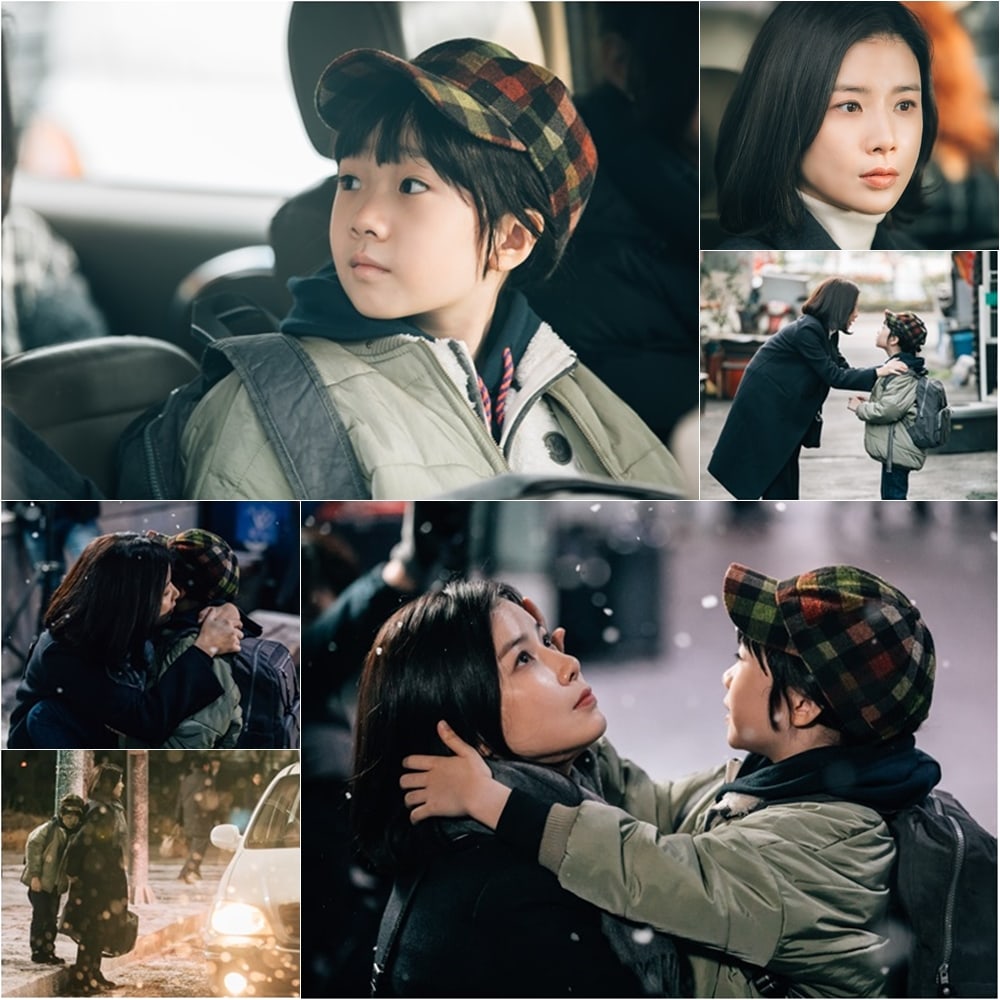 tvN also released characters for “Mother” showing three different kinds of motherly love. The first poster shows Lee Bo Young exuding her cold aura, while embracing Heo Yool. The poster says, “You have to abandon your mom now. Can you do it?” 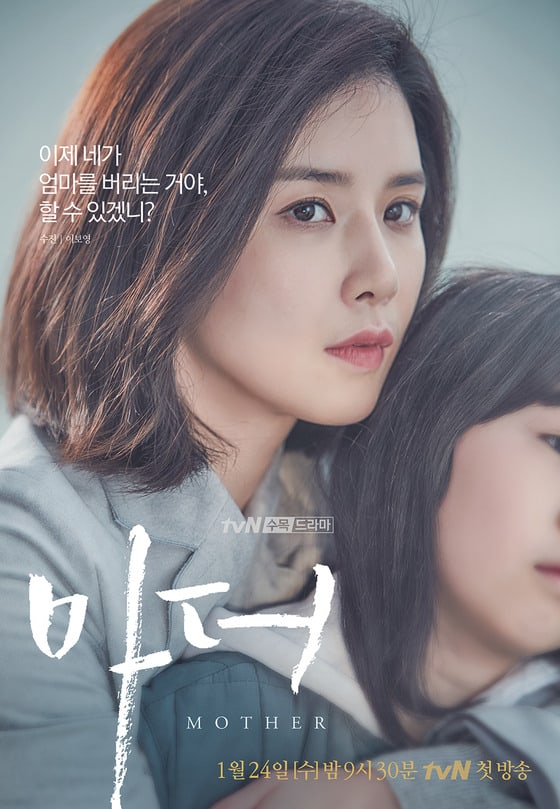 Lee Hye Young will portray the character Young Shin, who is a charismatic mom. Dressed in glamorous clothing and with a fierce look in her eyes, she looks towards Lee Bo Young who is in front of her. The line on her poster says, “I raised my kids well even without a husband,” and shows her pride as a single mother. 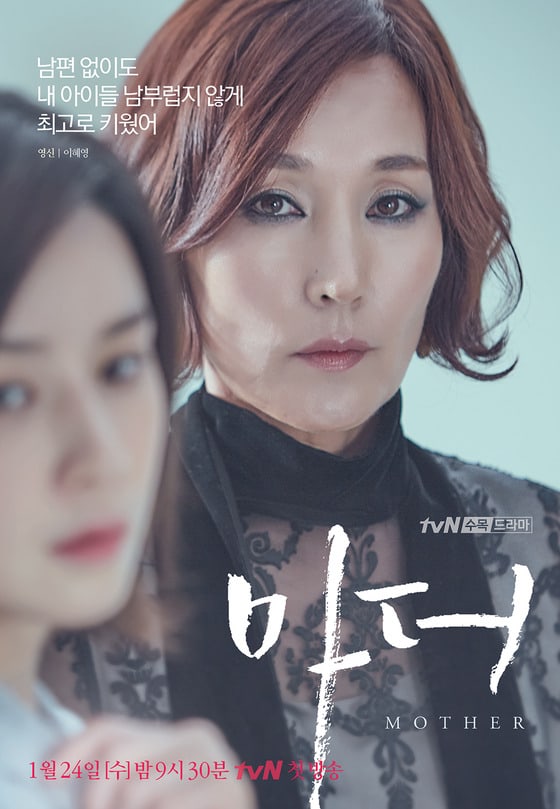 Ja Young is a nervous mom, who will be portrayed by Go Sung Hee. Go Sung Hee has an apathetic look on her face and keeps her back to Hye Na, even when the child is looking at her for help and places a hand on her shoulder. Her poster says, “Hye Na, you would be happy if mom was happy right?” 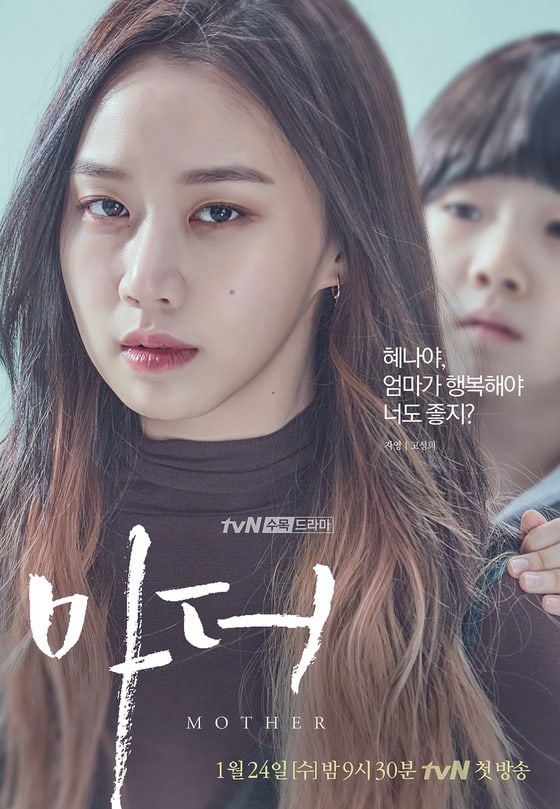 “Mother” will premiere on Wednesday, January 24 at 9:30 p.m. KST after the end of “Prison Playbook.”