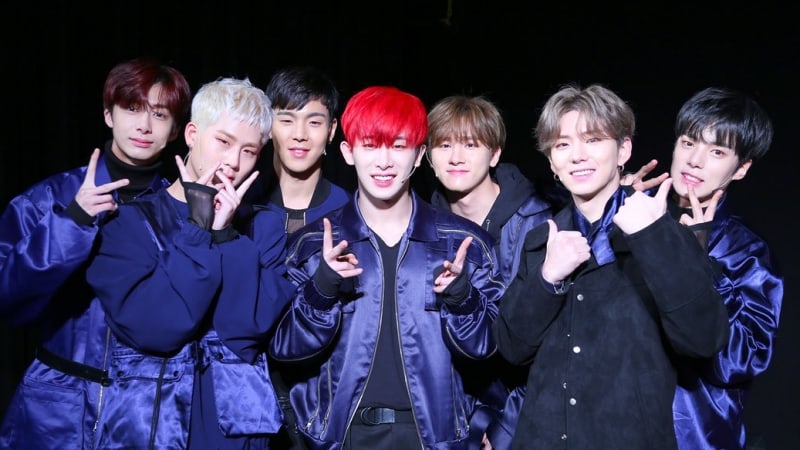 MONSTA X Share Which Member They Think Is Best-Looking, Take Lie Detector Test To Prove It

MONSTA X’s Shownu and Hyungwon recently ranked their group members based on appearance!

During a live “Meet & Greet” with their fans on January 4, MONSTA X played a game in which they answered questions while using a lie detector test. For the first question, Shownu was asked whether he thought he was one of the top three best-looking members in the group.

The MONSTA X leader firmly replied, “No. I’ve said that I’m fourth [in terms of looks].” His fellow members expressed their surprise at his humble self-evaluation, but Shownu went on to back it up by passing his lie detector test. 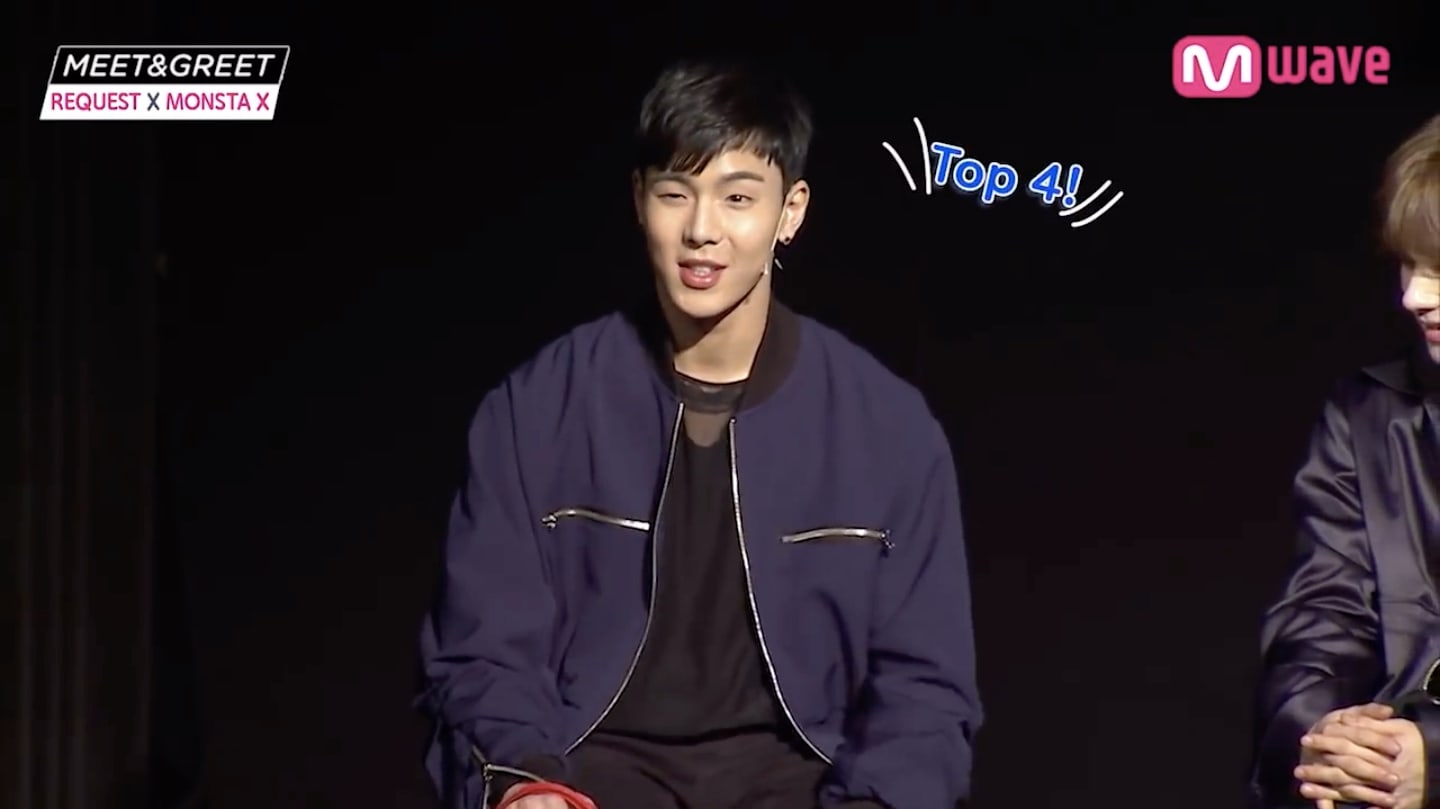 When the fans in the audience asked Shownu to reveal the rest of his list, he shared, “I think first place goes to Hyungwon. Minhyuk is second, Wonho is third, and Shownu is fourth.” After a moment of consideration, he added, “Jooheon is fifth.”

Jooheon was unable to contain his joy at being named fifth, immediately rising from his seat to do a victory dance. 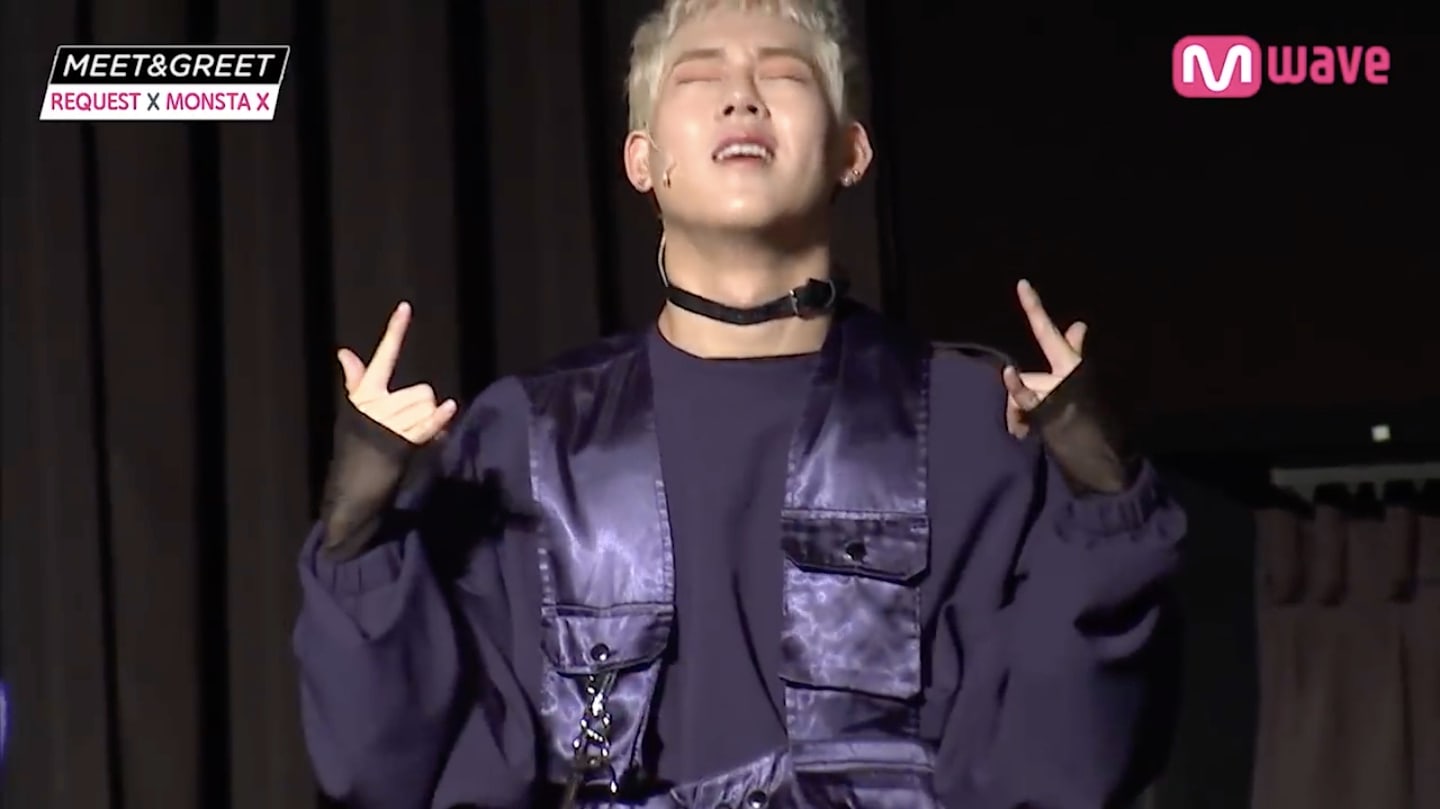 I.M, the only other remaining member, consoled him by saying, “It’s okay, I think that you’re the best-looking member.” As he and Kihyun embraced in a heartwarming hug, Wonho and Minhyuk suddenly intervened, asking I.M to back up his statement with the lie detector test. 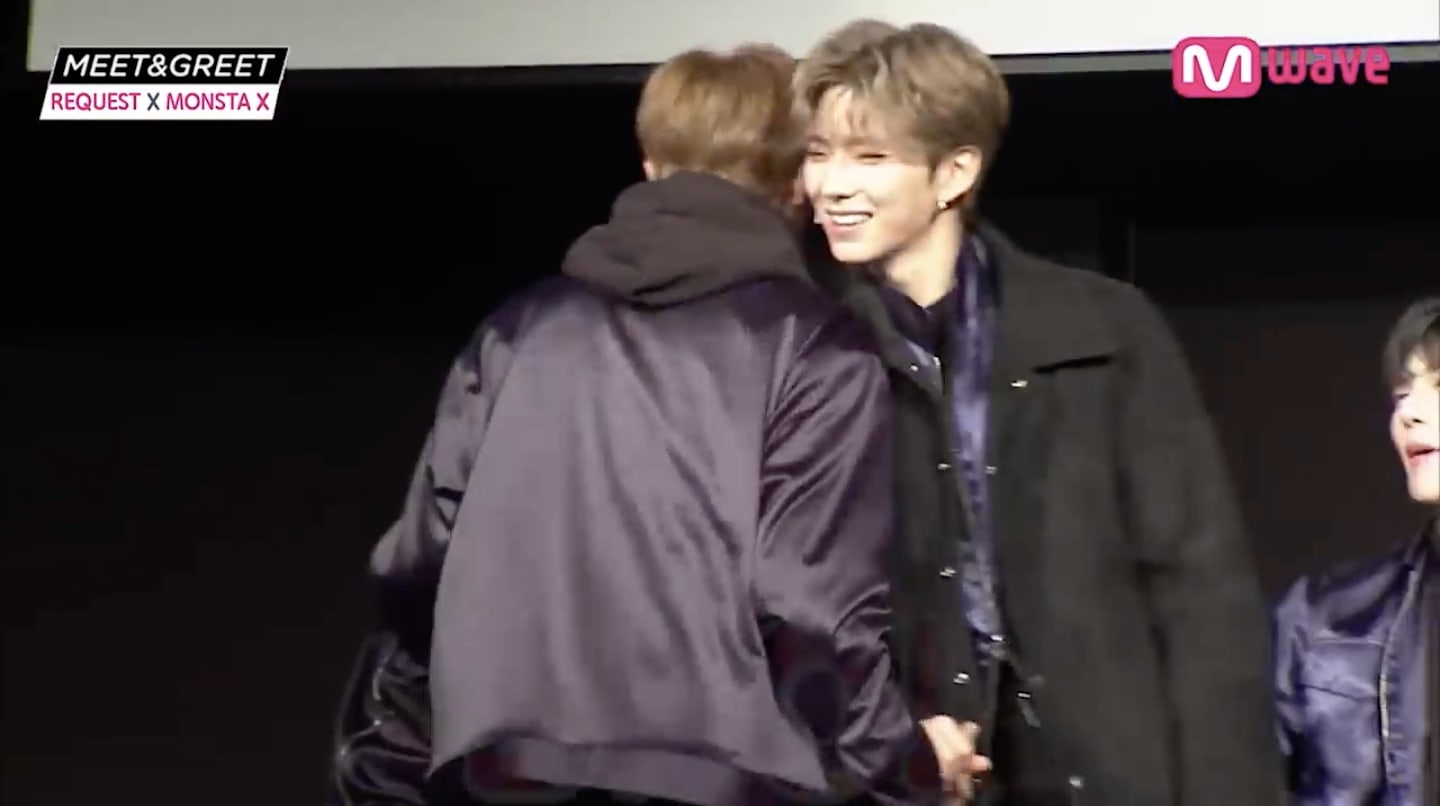 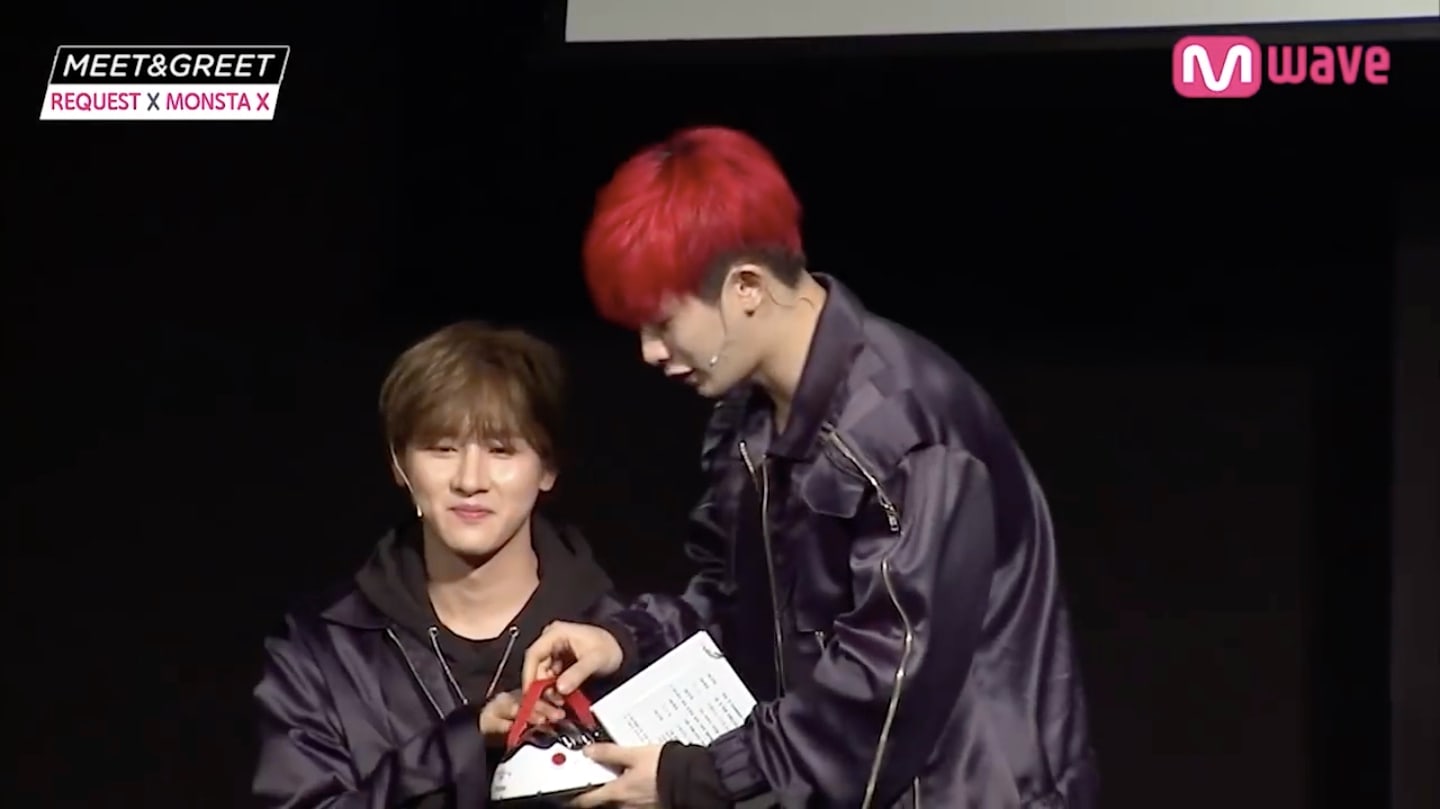 Unfortunately, I.M did not successfully pass the test. 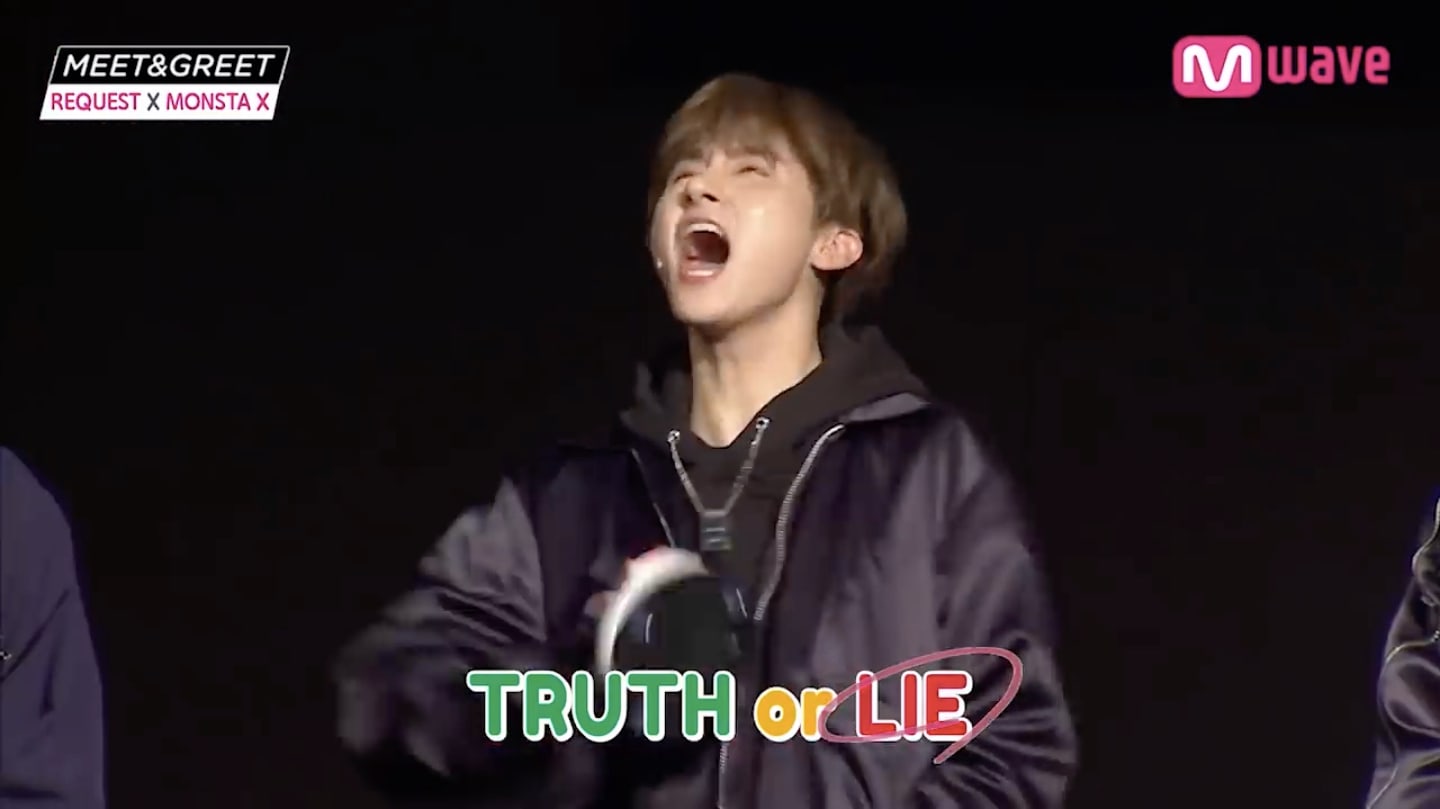 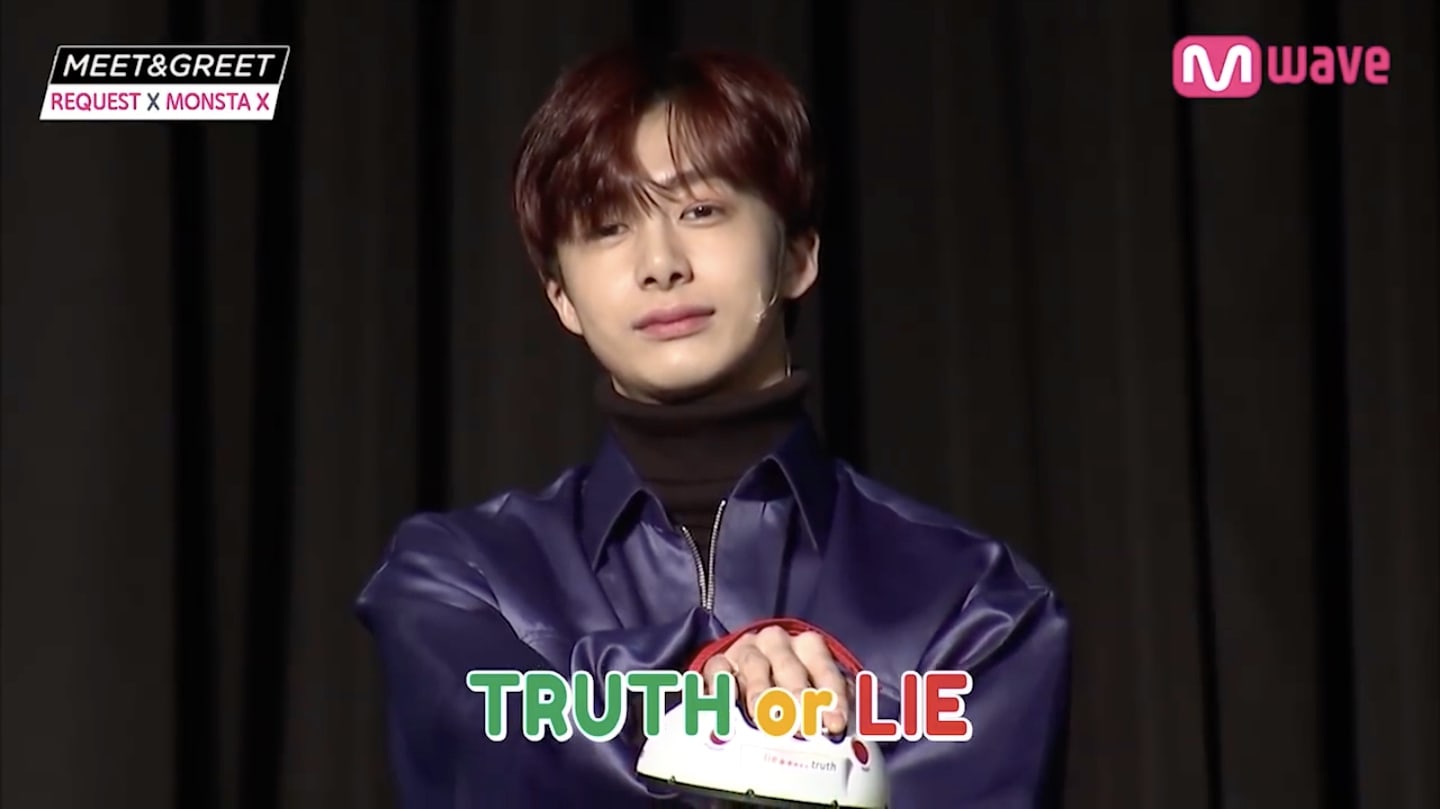 What do you think of Shownu’s and Hyungwon’s rankings? Leave your thoughts below!