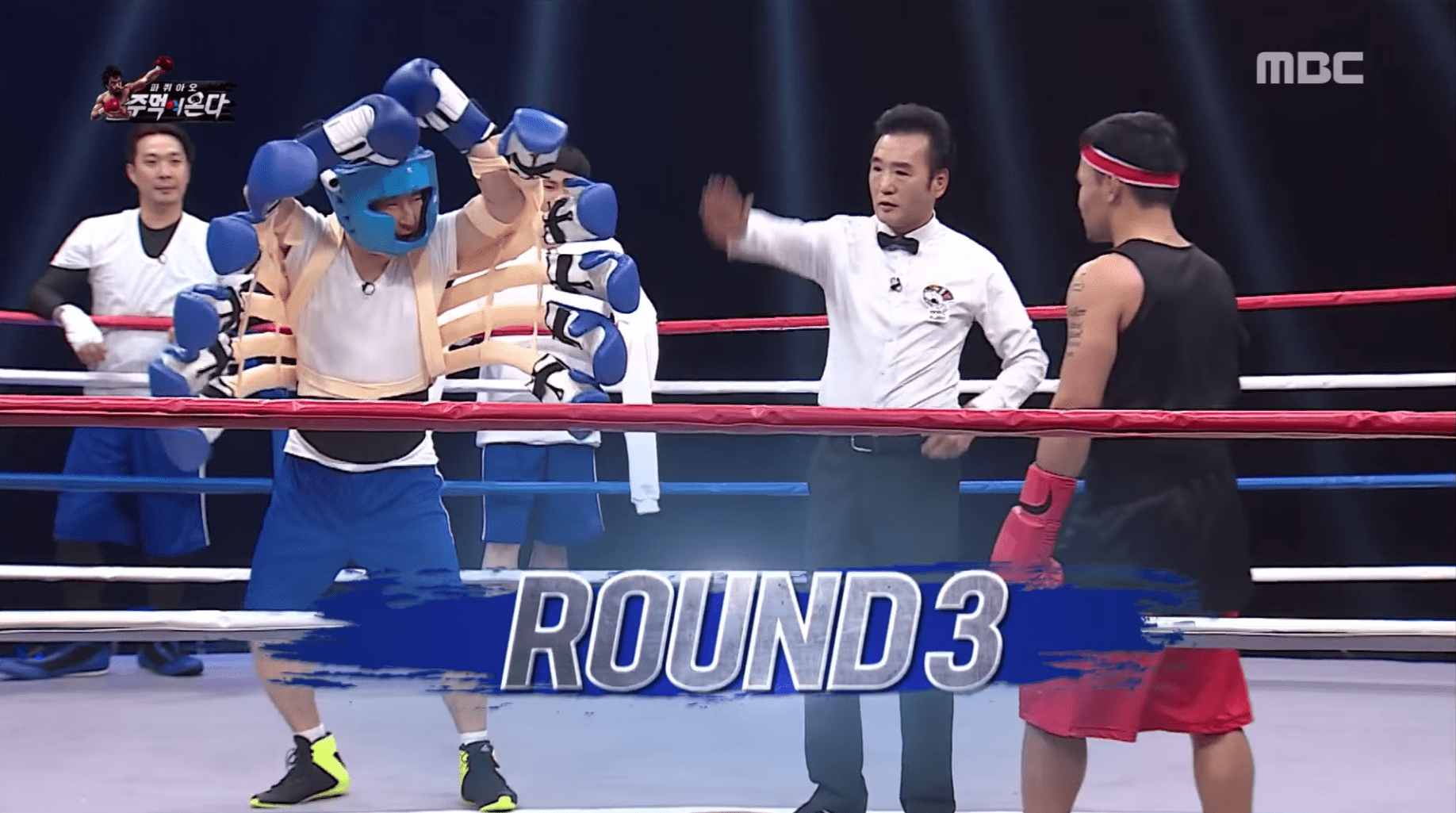 Yang Se Hyung was the first up in the ring, but at the last minute said, “I don’t want to do this.” However, just like “Infinite Challenge’s” match with Stephen Curry and Seth Curry, the cast had a few tricks up their sleeve to try and defeat the world-class athlete.

In Yang Se Hyung’s case, he had a pair of extra-long arms to extend his reach. However, as soon as he felt a punch from Manny Pacquiao, he repeated, “I don’t want to do this.” The first round ended with Manny Pacquiao’s victory. 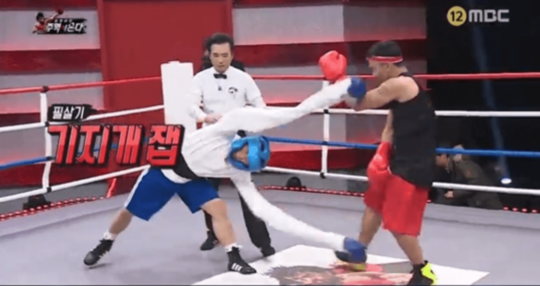 Next up was HaHa, who had a pair of enormous boxing gloves (ten times the size of his opponent’s). However, he also eventually lost to a series of uppercuts from Manny Pacquiao. 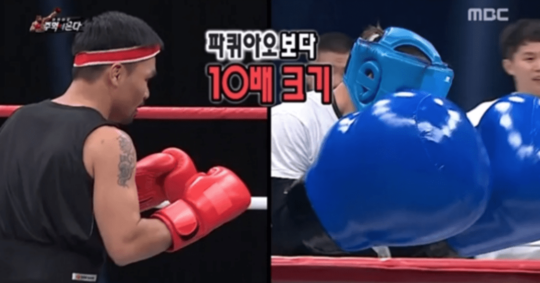 Park Myung Soo went next with about five extra arms attached to him, but Manny Pacquiao was able to predict his movements and deliver a precise punch that won the round.

Hilariously, Jo Se Ho decided to dress up as actor Ma Dong Suk, which if nothing else gave the comedian a lot of confidence, even throwing the first punch. However, Manny Pacquiao treated the round as seriously as a real match and won. 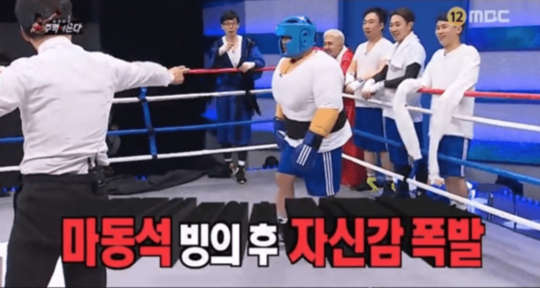 Jung Joon Ha threw Manny Pacquiao off at first by appearing with a 4-meter (about 13 feet) doll propped on his shoulders. However, this just ended up tiring him out and he lost the round.

Finally Yoo Jae Suk, whom Manny Pacquiao picked as the member he was most looking forward to, had a special trick that allowed him to become a human roly-poly (a toy that bounces immediately back up whenever it’s knocked down). This worked well for a while until it became apparent that the recoil from the roly-poly was difficult to control. 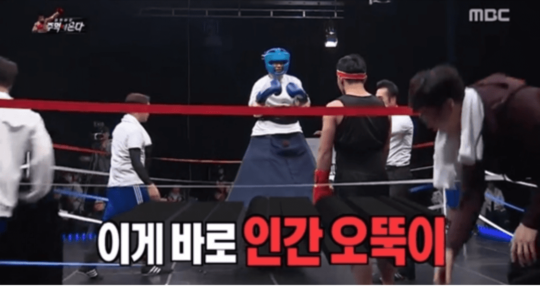 In the end, the “Infinite Challenge” cast lost to Manny Pacquiao 25 to 0.

You can watch the latest episode of “Infinite Challenge” on Viki below: