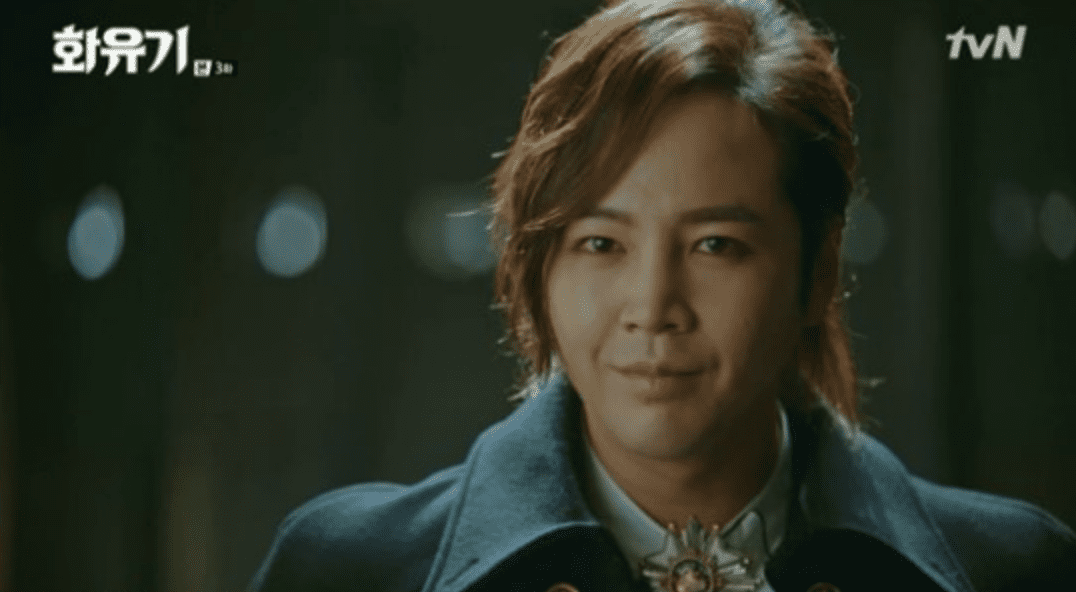 On the episode, aired January 6, a golden peacock appeared in Woo Ma Wang (Cha Seung Won)’s office and turned out to be a spirit played by Jang Geun Suk.

Not only is Jang Geun Suk a peacock spirit, but is also a celebrity known to Woo Ma Wang’s human identity as an entertainment agency CEO, since when he saw him Woo Ma Wang said, “What are you doing here? Aren’t you supposed to be filming abroad?” 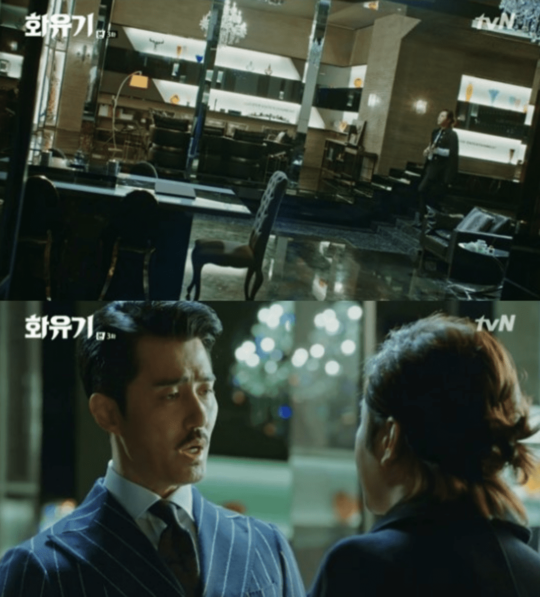 Jang Geun Suk, whose character is named Gong Jak (literally ‘peacock’ in Korean), “I heard you found Sam Jang. Give me a bite.” When Woo Ma Wang refused, he wheedled, “You want to eat it all by yourself? Okay, you do that, but give me a bite.” After Woo Ma Wang continued to refuse and told him to go back, Jang Geun Suk sulked, “My feathers are getting brittle.”

Jang Geun Suk has previously worked with the Hong sisters, who are the writers behind “Hwayugi,” in “You’re Beautiful.” Interestingly, his next rumored project is an SBS drama tentatively titled “Peacock King.”

You can watch the latest episode of “Hwayugi” on Viki below: