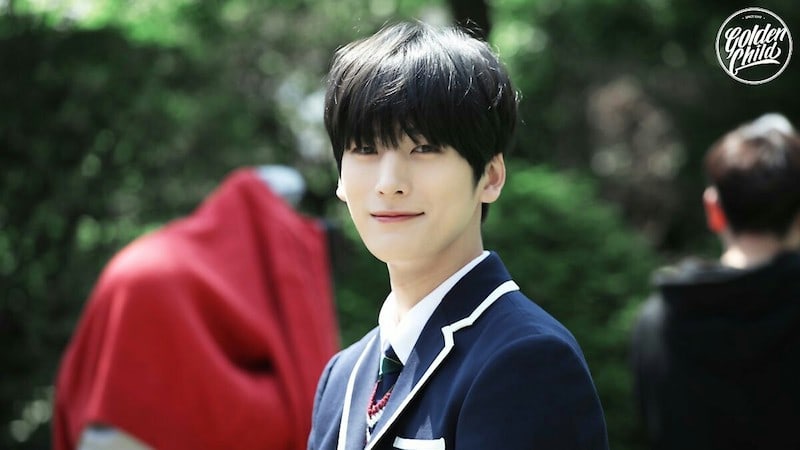 Golden Child’s Jaeseok will be leaving the group in order to focus on his health.

Woollim Entertainment made the announcement on January 7, and explained that they came to the mutual decision after much consideration.

“We would first like to apologize to all the fans who have treasured and loved Golden Child, and deliver some unfortunate news.

“We discussed many things over a sufficient amount of time with Park Jaeseok. While we deliberated the possibility and prospect of various future activities, we have ultimately decided to respect Park Jaeseok’s intentions after much consideration and discussion with him and the Golden Child members. Woollim Entertainment will continue to cheer on and support Park Jaeseok’s future, and will do our best so that the remaining Golden Child members can reorganize and regularly carry out group activities.”

“We would like to apologize once more to the fans for announcing such unfortunate news at the start of 2018, and we will do our best so that Golden Child may show their growth and efforts. We ask that you continue to support and show interest in them, and Golden Child will return as quickly as they can with even better music.”

Golden Child will be continuing on as a 10-member group.

We wish Jaeseok all the best!