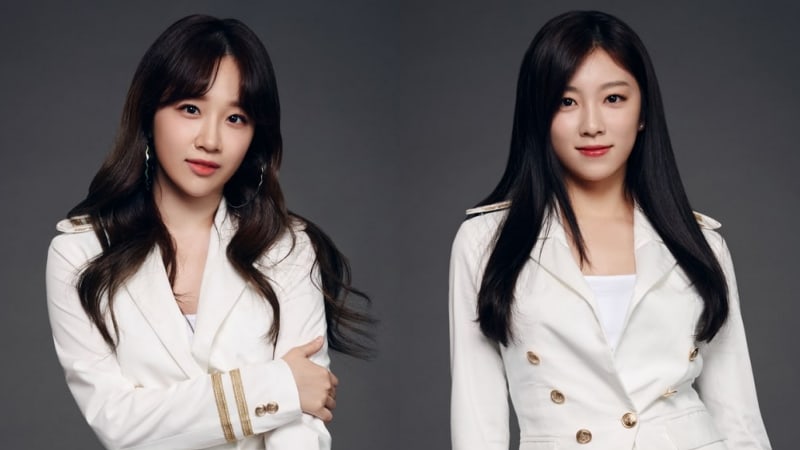 Euna Kim surprised Lee Suji when she chose her as a member of her group on “The Unit”!

The two “The Unit” contestants were previously members of the short-lived girl group The Ark, which debuted in 2015 but was forced to disband soon afterwards.

During the most recent episode of KBS’s idol rebooting show “The Unit,” Euna Kim was given the chance to pick contestants to join her group for the next mission, and one of the members she chose was Lee Suji.

The pair were asked about Euna Kim’s decision during a press conference for the show’s fourth mission on January 6. Lee Suji replied with a laugh, “To be honest, I thought that Euna would think objectively and wouldn’t choose me, but she was loyal. She’s often said that she wants to perform with me, and I also said the same. I’m excited that we have this opportunity.”

Euna Kim commented, “I actually didn’t choose her out of loyalty, but in a calculated way. Although I did also choose her because we would work well together since we were in the same group. Suji’s strengths make up for my weaknesses, particularly in terms of looks and dancing. I think it’s not correct to call it choosing her out of loyalty.”

Euna Kim was also asked if she thinks she made the right decision by appearing on “The Unit,” which is her third survival show after appearing on “Unpretty Rapstar” and “Superstar K.”

Euna Kim replied, “I really have no regrets and I think I made the right decision by appearing on this show. The thing I most wanted to do on ‘The Unit’ was show the variety of things that I can do. I’ve been happy that I’ve been able to show so many sides of me that I hadn’t been able to show before. During ‘Who’s Your Mama,’ I not only sang but also rapped, and in this song I’m just singing. I’m glad I’m able to show a variety of different sides of me.”

Euna Kim and Lee Suji are both currently doing well on “The Unit,” with Euna Kim coming in at No. 4 and Lee Suji at No. 10 in the latest rankings.

Watch the most recent episode of “The Unit” below!

Euna Kim
The Unit
Lee Suji
How does this article make you feel?