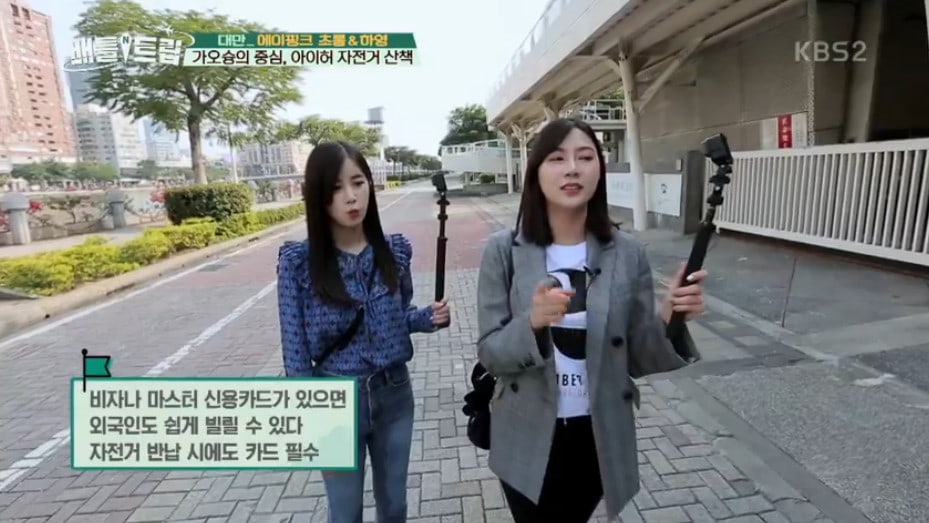 On the January 6 episode of KBS’s “Battle Trip,” Apink’s leader Chorong and youngest member Hayoung went on a trip together. The two chose Taiwan as their destination and chose to focus their trip on activities and healing.

Their activity-packed trip started off with a bang, as the first thing they did was to go to a theme park which was a mere five minutes away from the airport. Once there, the pair had a blast riding karts. They also rode bicycles around the city, visited trendy art areas, and took photos together.

Hayoung and Chorong showed just how comfortable they were with each other, as Hayoung belted her heart out to “Rainism” and teased Chorong for being engrossed in taking selfies. Chorong appeared embarrassed, but continued to confidently take more anyways. 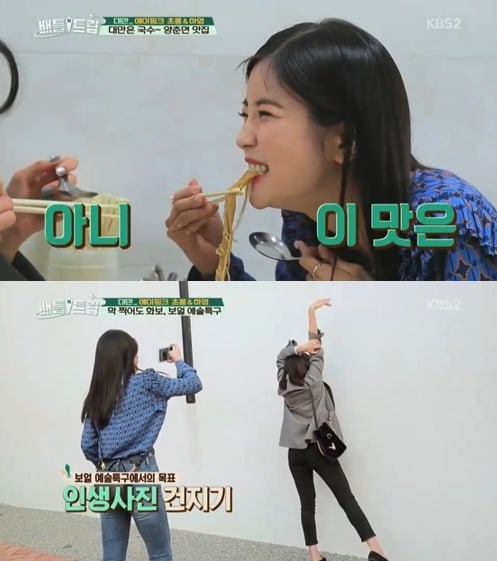 On their second day, the two focused more on healing and traveled to central Taiwan. They had to leave at dawn in order to accomplish their packed schedule. Hayoung complained about how getting up at the crack of dawn wasn’t healing while Chorong was unfazed by Hayoung’s comments and introduced their itinerary.

The Apink members also showed of their inner foodie on their trip. Hayoung claimed that she was a picky eater when it came to foreign foods, but when the time came, she dug in with gusto. The two tried a variety of foods, such as noodles, hot pot, Oolong tea, Taiwanese chicken soup, pizza, and more. Another hilarious moment was watching Chorong’s shocked reaction when a chicken’s head came out in the food. 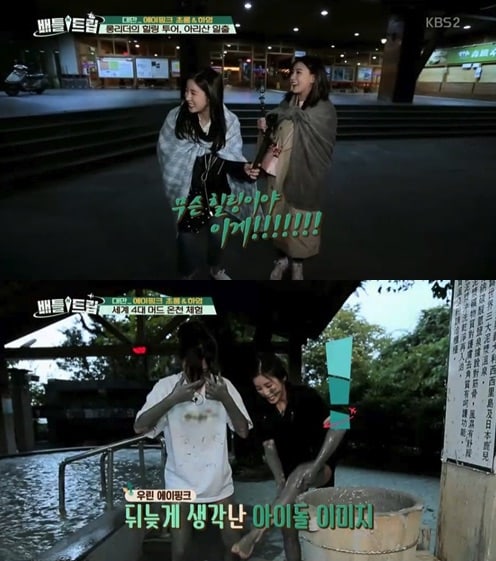 The episode as a whole showed off the two member’s friendship, one that befits members of a group who will reach their seven-year anniversary soon.

Apink
Battle Trip
Hayoung
Chorong
How does this article make you feel?