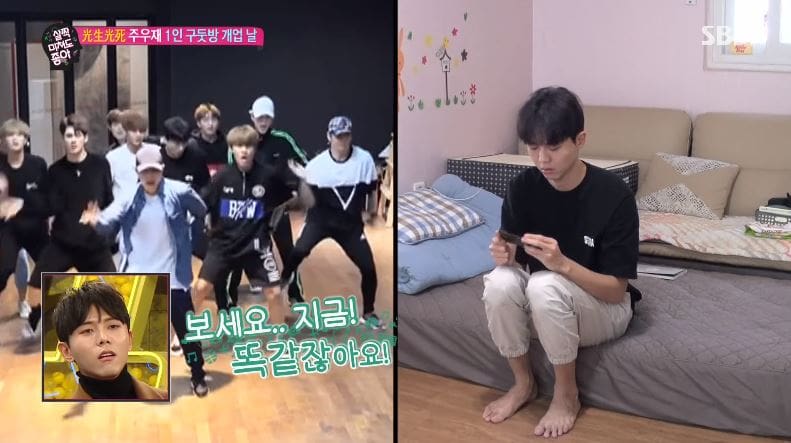 On the January 6 episode of SBS’s “It’s Okay To Go a Little Crazy,” model Joo Woo Jae attempted a dance cover of Wanna One.

In his pajamas at home, Joo Woo Jae carefully studied Wanna One’s “Energetic,” and began to make small hand gestures. He got up and confidently said, “I think it’ll work.” However, when he actually attempted to dance, he hilariously failed as none of his awkward dance moves matched Wanna One’s sleek choreography.

He eventually gave up, and even threw his phone onto his sofa in frustration. While watching the footage of himself, Joo Woo Jae laughed and joked, “I had a headache.”

Little Too Crazy
Joo Woo Jae
How does this article make you feel?